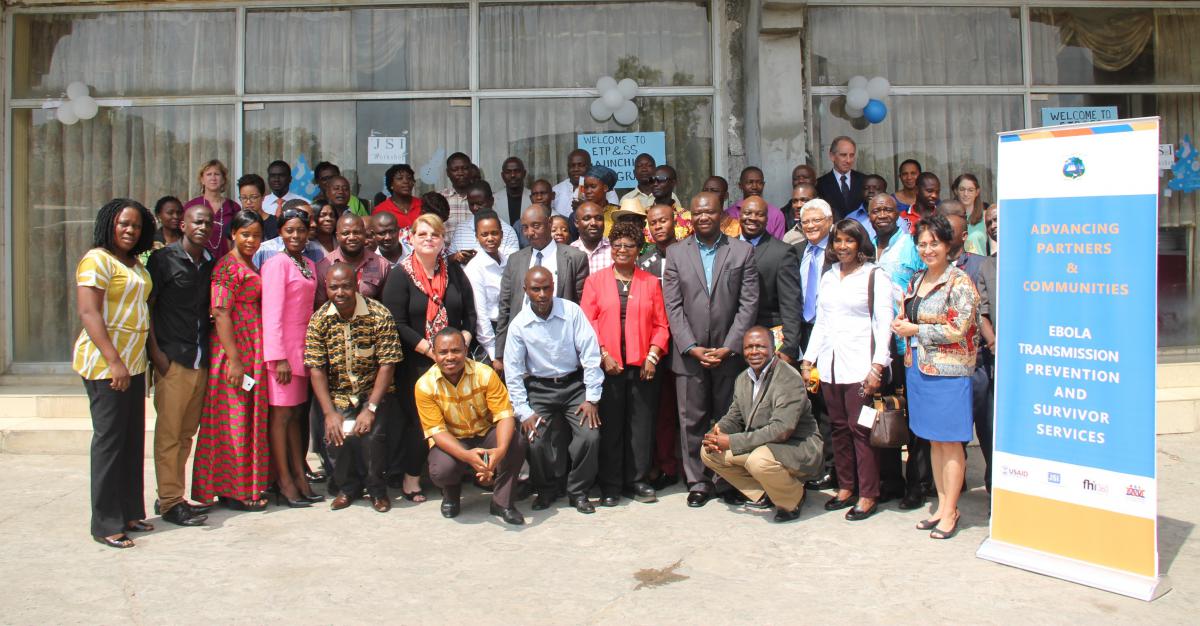 Attendees at the ETP&SS launch event in Monrovia, Liberia 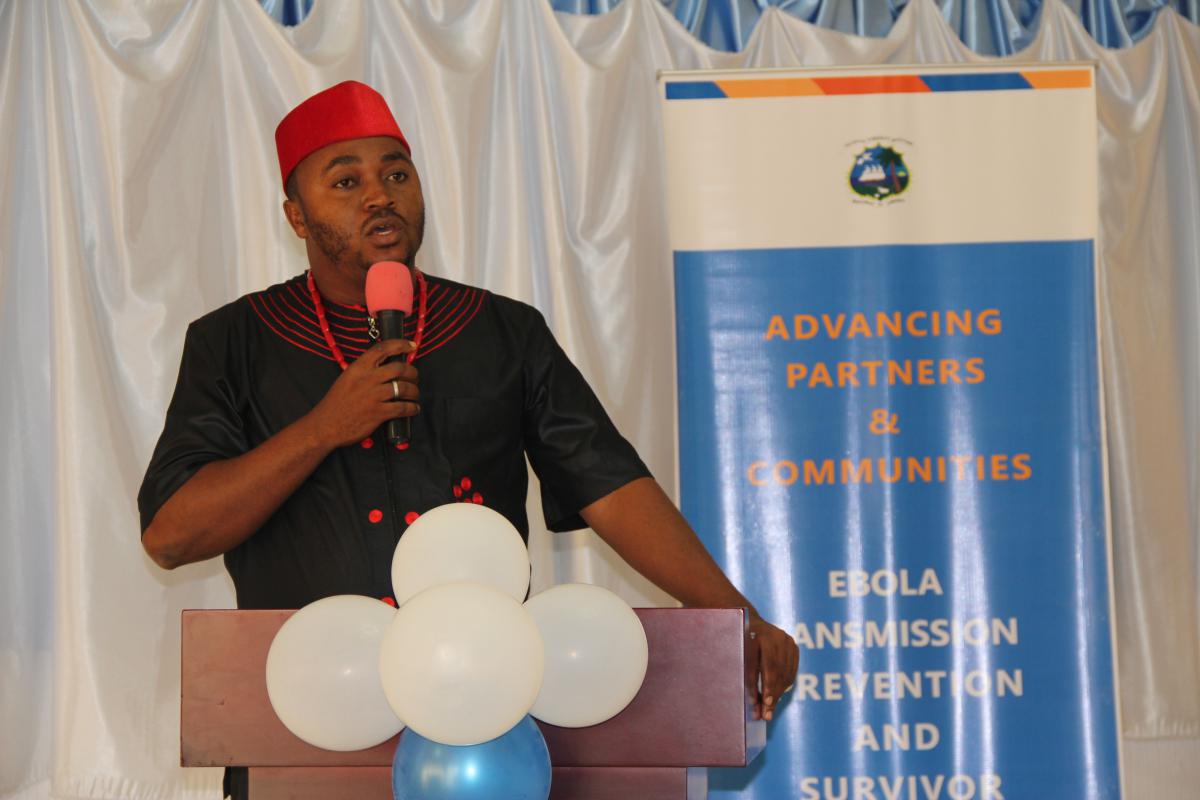 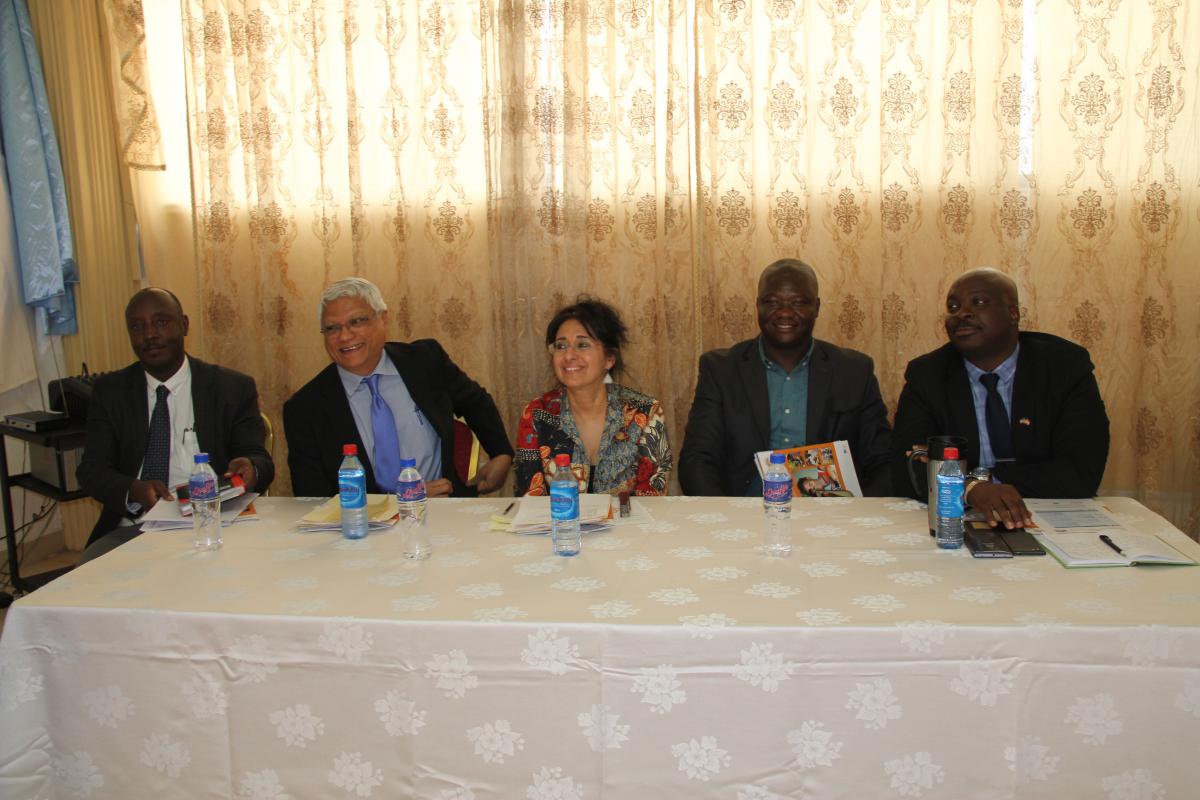 Special representatives from WHO, USAID, the Ministry of Health and CDC

The launch event convened representatives from the Ministry of Health (MOH), USAID's Liberia offices, the Centers for Disease Control and Prevention (CDC) and the World Health Organization (WHO), as well as other stakeholders, to support the program’s activities.

The ETP&SS program operates under the umbrella of activities managed by USAID’s Global Health Ebola Team in Washington, DC. The program works with ministries of health and nongovernmental organizations in the three West African countries most affected by the recent Ebola outbreak: Guinea, Liberia and Sierra Leone.

Dr. Rose Macauley, the Chief of Party of the ETP&SS program in Liberia, communicated the program’s mandate and outlined the three core objectives of the program: strengthening coordination and management of activities for Ebola survivors; improving access for Ebola survivors to health services through health facilities that care for survivors while also combating stigma and discrimination by providers; and building health system capacity to provide specialized health services to care for conditions common to Ebola survivors.

In Liberia, the ETP&SS program will concentrate its health interventions in four counties: Montserrado, Margibi, Bong, and Lofa. In the seven additional counties where Ebola survivors reside, survivors will receive clinical guidance and support through formal referral pathways.

Recent accomplishments for ETP&SS have included the establishment of the National Survivor Secretariat, in coordination with the MOH, and guidance and financial support to the National Ebola Survivor Network for their national and local chapter elections in December. These two coordinating bodies will both be active in improving care and services for Ebola survivors.

The president of the National Ebola Survivor Network, Mr. Patrick Faley, thanked JSI, USAID and the Liberian government for their continued support to survivors across the country, specifically for clinical services. ETP&SS is supporting ELWA Hospital to provide comprehensive services for Ebola survivors so that they can access necessary services without cost. Similar arrangements with other hospitals are underway. Mr. Faley remarked, “We have informed survivors across the country that they no longer have to worry about the issue of medical care as ELWA Hospital is providing free clinical care.”

Representatives from USAID, WHO, CDC and other implementing organizations also voiced their support for the program. Dr. Anthony Chan, the Mission Director for USAID/Liberia, lauded ETP&SS for its work. He stated, “I am impressed by the planned activities, that you have seriously considered the challenges you will encounter and thought through innovative ways to manage them.”

CDC Country Director, Dr. Desmond Williams, was hopeful about the program’s potential to impact Ebola survivors. He stated, “We will need to continue all the work we are doing. Seeing all this work come together is really exciting to me. I want to congratulate JSI in being very efficient and moving quickly to put this in place.”