Health Worker Spotlight: Fighting for the Rights of the LGBTI Community and People Living with HIV 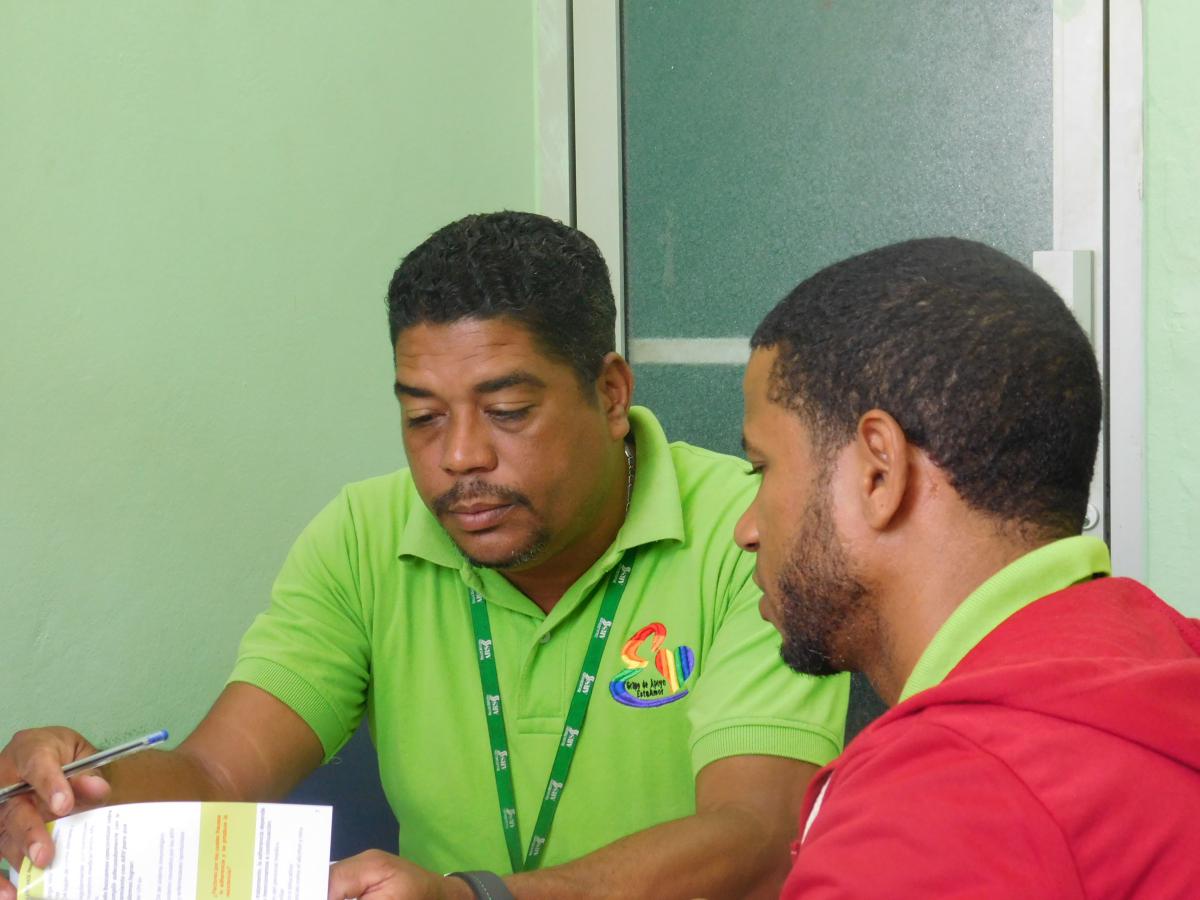 Yodalki, a health advocate who has worked for Grupo Este Amor in Eastern Dominican Republic for 14 years, uses his training in community counseling and support to fight for the rights of the LGBTI community and people living with HIV. His work as a peer counselor in social security and STI and HIV prevention education didn’t start as a conscious decision; life brought him to his profession. Yodalki had just discovered he was HIV positive and was feeling lost when he met Ninive Peláez, director of the Este Amor NGO.

After attending an Abrázame group meeting at Peláez’s prompting, Yodalki found the support and education he needed, and most importantly he learned that his natural abilities lent themselves to helping others in need. The ability to help others is a point of pride for Yodalki: “To help people when they need it most, and to get them out of the hole they are in, this gets me out of bed every morning, even on days I don’t feel like getting up. I know there are people who are waiting for my help.” Working as a health worker makes Yodalki feel “alive.”

Yodalki’s long days of work are divided between counseling newly diagnosed HIV patients, visiting patients who have been referred for HIV testing and services in the hospital, and administrative work at the end of the day. After working all day, he returns home, where he lives with his parents and foster brother. “Family is the most important thing for a person living with HIV; it is the main support,” Yodalki says. 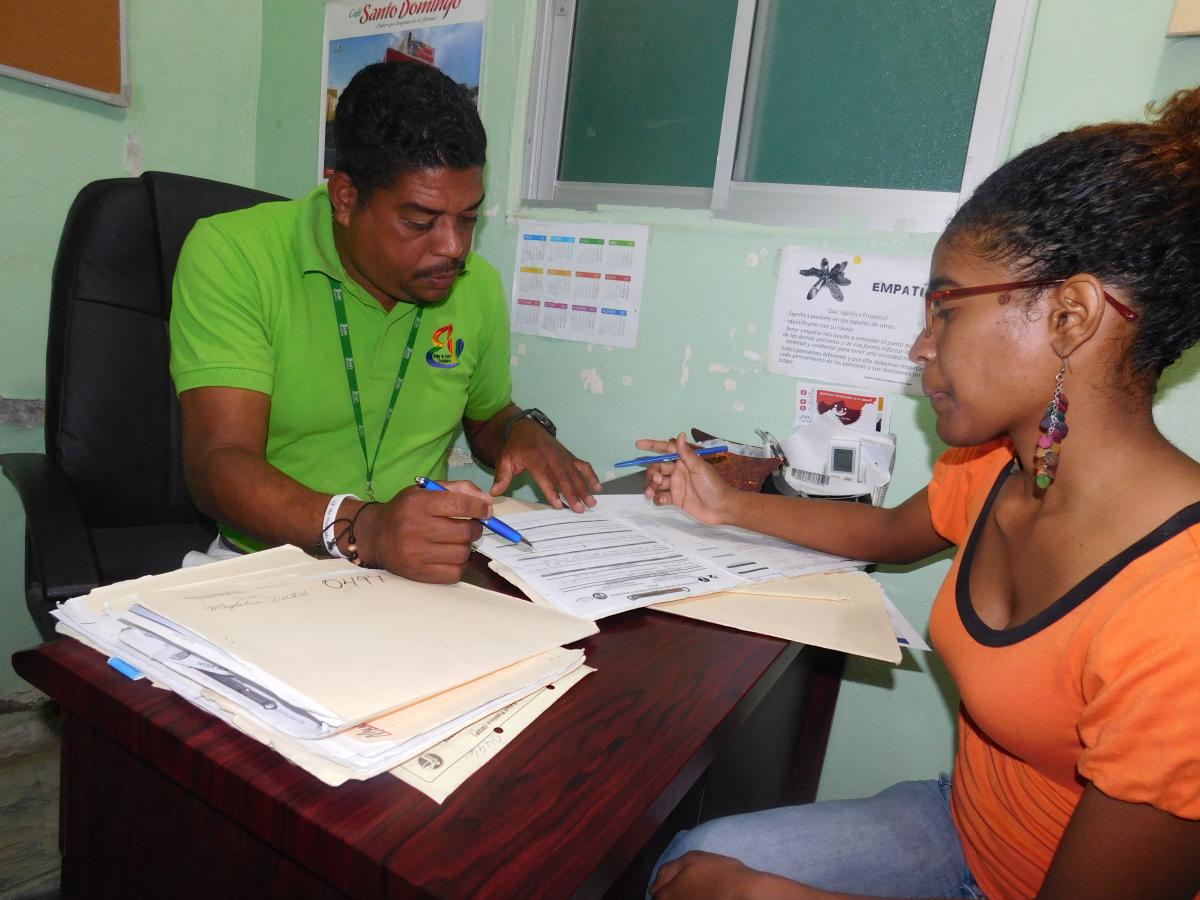 Yodalki going over paperwork in his office.

Yodalki has learned humility in his work. He has learned the value of listening to his patients and feels it’s important to leave preconceptions or judgment out of advocacy work. “I don’t impose my ideas on anyone. I recommend and share what has allowed me to get ahead in life. I tell my patients that I will be in their lives as long as they allow it.” Yodalki cites cultural prejudices as a primary challenge in his work with key populations. The patients often encounter derogatory and mocking behavior, a barrier to successfully accessing health services. The laws are not always followed, and Yodalki makes it a priority to educate his patients about how to defend their rights. “They [current laws] are important, they are the framework of action for providing services, but unfortunately in this country they are not followed as they should be. Sometimes health services violate the rights of people living with HIV,” Yodalki says. The lack of education about health issues, in particular HIV, is the biggest challenge that Yodalki faces in his work overall.

He wanted to be a doctor when he was young. But today Yodalki says that if he could choose another career, he would still choose something in education. “It is the best way to help people become useful and happy beings.” He recalls the case of a woman who was in a wheelchair when he first visited her in her home. During his daily visits, Yodalki encouraged her to leave the house, despite the fact that she didn’t even want to get out of bed. His encouragement worked. “Now when I see her, she is like another human being—productive and happy.” And the best stories, Yodalki says, are the stories of HIV patients who recover. “It is when a patient who was about to die recovers. It’s when they get out of their beds and move forward with their lives.”