Providing Hope And Support For People Living With Disabilities And HIV 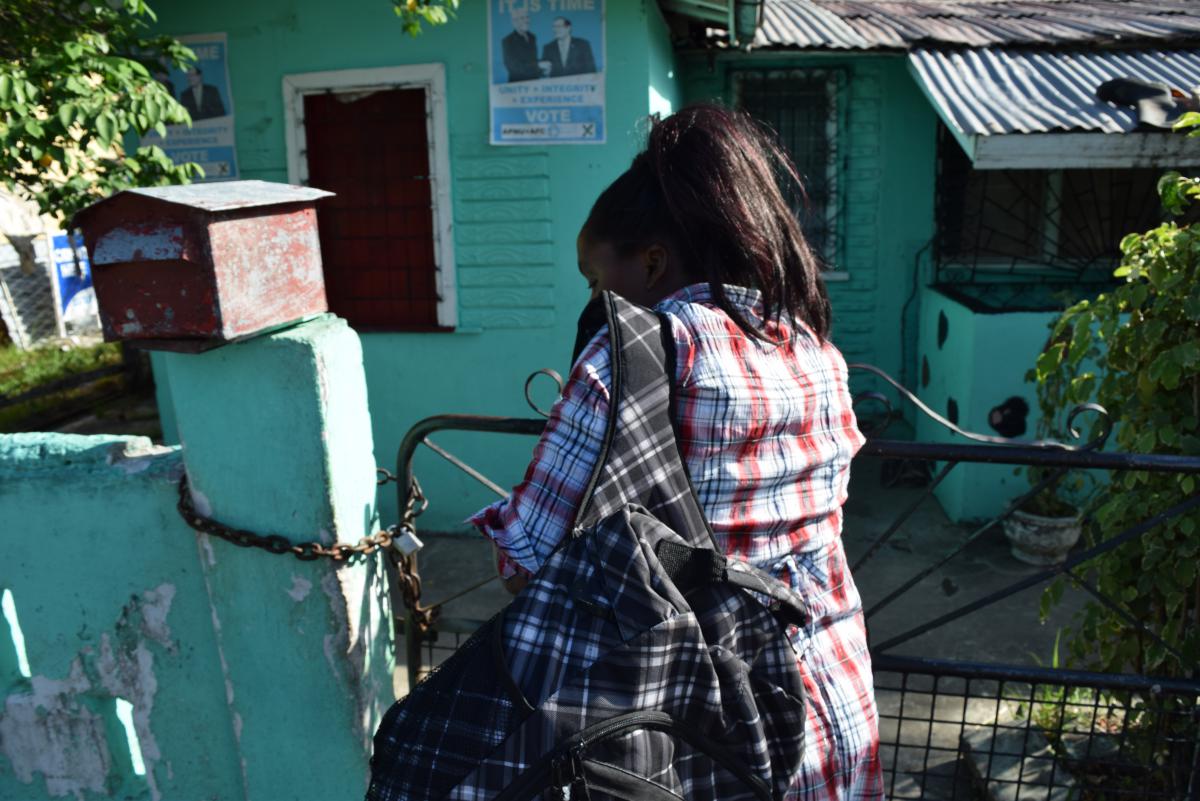 Gillian going home after a day at school.

Gillian, a visually impaired 41-year-old, found out that she was HIV-positive when her family insisted that she go to the doctor because she was losing weight at a rapid rate. Gillian remembers her niece commenting on how skinny and sick she looked, so she decided to get tested.

For 3 years she shut herself away from her family and friends, never disclosing to anyone that she was HIV positive. One day she decided to tell a classmate about her status. Her classmate, Robin, happened to be a social worker at Lifeline Counselling Services (LCS).

Robin enrolled Gillian in a People Living with HIV (PLHIV) and AIDS support group at LCS.

Gillian excelled in group sessions, and would often lead them. She started motivating the other PLHIV in the support group to think about their future.

With support from LCS, Gillian gained the courage to disclose her HIV status to her family. When her children had difficulty handling the news, LCS stepped in to counsel the children, and enrolled them in programs at the organization for children affected by HIV (HKID).

After enrolling in the support group at LCS, Gillian’s life started returning back to normal. She said, “I decided to get my life back. Before the disease, I was in a teachers college but I did not graduate.” Gillian was interested in obtaining her degree and the staff at LCS assisted her. Although this wasn’t a service that they normally offered, they knew this would be one of the best ways to support Gillian.

“I got the second highest grades in my class. I motivated other members from the support group to show members of our community that being HIV positive does not change our abilities.”

“I did my CSEC examinations in 8 months, but I could not have done it without the support of the staff from LCS,” said Gillian. Because Gillian was not computer literate and very few places in Guyana offered computers with non-visual desktop access, the staff at LCS assisted her with her student-based assessment and research.

“I got the second highest grades in my class. I motivated other members from the support group to show members of our community that being HIV positive does not change our abilities.”

Gillian inspired other members from the support group to further their education. She continues to coach them on ways to achieve an education and find a job. Her peers now look up to her. The social worker at LCS uses Gillian to educate her peers on the importance of adherence and living a healthy lifestyle. “I tell them you have to take the medication. No matter how bad it makes you feel, in the long run, it helps out the situation,” Gillian said. Clients at LCS were able to realize that all members of society are at risk of catching HIV, regardless of whether one is visually impaired or which social class one belongs to.

People living with HIV have challenges that can make achieving goals more difficult. But establishing these goals and working towards an education bring hope for the future and a willingness to overcome challenges. Sometimes, it is necessary to go beyond the call of duty to make a difference.