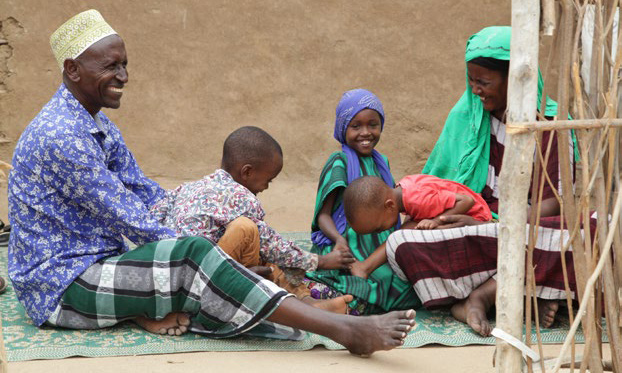 Gender norms, roles, and dynamics are key determinants of well-being across international development sectors and around the world. As a result, the importance of gender integration—implementing strategies in health and other programs to address gender-based inequalities—has been noted, especially in HIV programming, maternal and child health (MCH), and reproductive health.2,3,4 Gender norms can increase men’s and women’s health risks and vulnerability.5 For men, their health and well-being can be compromised by norms related to not seeking health services, having multiple sex partners, and not using or supporting the use of family planning. For women, gender inequality can limit their access to facility-based care, including voluntary family planning services, and restricting their ability to pursue educational, economic, and social endeavors.

WHAT IS GENDER INTEGRATION?

Strategies applied in program planning, assessment, design, implementation, monitoring, and evaluation to take gender considerations into account and to compensate for gender-based inequalities.1

In the past decade, frameworks and tools have been created to provide guidance on addressing gender inequalities,5,6 and gender integration has gained visibility in international development programming. The Advancing Partners & Communities (APC) project integrated gender considerations into the planning, design, implementation, and measurement of its programs to maximize contributions to Sustainable Development Goals and gender equality. When the project launched its small grants program in 2013, it convened a grantees’ meeting that included an interactive session about the Interagency Gender Working Group’s Gender Integration Continuum, a tool that helps program implementers plan how to integrate gender into their programs and diagnose the extent to which existing programs integrate gender. The continuum helps the user transform gender-blind programs to gender-aware programs, with the goal of equality and better development outcomes.6

According to the gender equality continuum tool, programs can be classified as gender exploitative, accommodating, or transformative. Exploitative gender programs intentionally or unintentionally reinforce or take advantage of gender inequalities and stereotypes in pursuit of project outcomes or take an approach that may exacerbate inequalities. Accommodating interventions acknowledge gender differences in the culture and work around them to achieve their objectives. Transformative interventions address gender relations to transform the current context and work to promote equality to achieve their objectives. The gender continuum cautions programs against being gender exploitative and promotes progression toward being gender transformative.7

This brief summarizes the work of selected APC grantees that integrated gender into existing activities. We discuss approaches employed in the programs’ design and implementation that rise to the level of “promising practices.”

We compiled information on grantees’ gender integration through (1) review of routine grantee reports, (2) an online survey, and (3) in-depth interviews. The report review helped us identify 13 grantees who conducted gender integration activities. These grantees were asked to complete an on-line survey; nine responded. We conducted follow-up phone interviews with six of the survey respondents to obtain more in-depth information.

APC grantees operated in diverse settings and had unique challenges. The reports, survey responses, and interviews demonstrated that there is no one-size-fits-all approach to gender integration. The table below outlines the grantees, their location, and their gender-integration activities.

The Africa Coordinating Centre for the Abandonment of Female Genital Mutilation.

One APC grantee, the College of Health Sciences at the University of Nairobi, created the Africa Coordinating Centre for the Abandonment of Female Genital Mutilation (ACCAF). The center includes subject matter experts from West Africa, the North African Maghreb, and East Africa who have a variety of backgrounds, including public health, medicine, women’s rights, and gender studies. When there was an increase in FGM/C in Mauche, Kenya, the ACCAF experts trained youth, law enforcement, health workers, government, and community members as champions to advocate against FGM/C. This included training to enforce the Prohibition of FGM Act, which passed in 2011. One chief reported that the training allowed him to stop three FGM/C ceremonies. After the training, ACCAF experts continued making mentorship visits every three months. The center’s facilitators also trained teachers to educate girls and their families about FGM/C and its detrimental effects on the health and social and sexual wellbeing. Teachers regularly reported success; one was able to prevent her student from undergoing FGM/C. ACCAF also worked with young men, many of whom later vowed to protect their wives from the practice and to educate their peers to work toward eliminating the practice in their communities.

Sonke, a South African nonprofit working throughout Africa, is renowned for its initiatives that advocate for gender justice and achieve gender transformation. Sonke provided technical assistance on gender integration to the Salvation Army in Uganda. Sonke and Salvation Army staff had challenging conversations about men’s and women’s attitudes, stereotypes, and personal values about family planning and gender dynamics. Salvation Army staff applied the skills, knowledge, and techniques they learned to enhance the content of their male engagement activities not only under APC, but for two other USAID-funded projects operating in the same area. Activities included educating and training male leaders to be family planning champions and engaging other male community members in discussions about the benefits of family planning.

Increasing male involvement in family planning education and decision-making leads to greater uptake and continued use of family planning.8,9,10 In 2018, USAID released a strategic planning guide for engaging men and boys in family planning as part of its High-Impact Practices series,11 which helped to reinforce and guide APC grantee male engagement activities.

“Engaging men is transformative; men are typically the gatekeepers to everything. When men understand how family planning benefits their family it changes the relationship dynamics in the community in a positive way”

APC grantee World Vision trained and empowered male community health workers and religious leaders in Garba Tulla, Kenya, to be family planning champions and increase dialogue among men about family planning, encouraging them to become active participants in family planning along with their wives. Community health workers reported an increase in couples coming for family planning services once this initiative launched. Also, the method mix among male users of contraception in Garba Tulla is notable: by the end of the project, 13 percent (2,369 of 18,221) of male users reported “using” the standard days method—that is, helping their wives track fertility and wearing condoms or abstaining from sex during their wives’ fertile periods.

“Gender should not be an add-on, it should be at the core. It is really important, and partners find it useful and appreciate the tools for integrating gender.”

Integrating gender-based violence screening and programming into health services, such as HIV, is associated with more equitable gender norms, less tolerance for violence, and increased community action to prevent it.4,12,13

International Center for Research on Women.

“Having men and women learn together on how to benefit the family directly helped lay the groundwork. What we talked about is how you have more healthy children to support the family. The activities were created so people came to this conclusion on their own. They were the solution identifiers and that is why it worked.”

CARE USA’s grant supported the Gender-Based Violence Task Force of the Interagency Gender Working Group (IGWG) to highlight the intersection of gender-based violence and sexual and reproductive health. The Task Force convened quarterly high-profile meetings to bring together practitioners, donors and researchers to discuss advancements in the field and how best to bring these practices to their activities and projects. For example, the 2015–2016 series, which focused on youth and gender-based violence, discussed the cycle of violence using examples from high schools in Haiti. 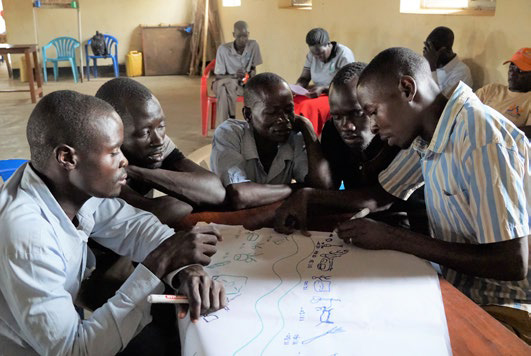 GTLI worked in pastoralist communities in Ethiopia’s South Omo Zone, which is characterized by extreme poverty, limited access to health services, low status of women, and almost nonexistent demand for family planning because of traditional cultural norms. One of GTLI’s objectives was to elevate the status of women by enhancing their ability to contribute to household assets and strengthening their confidence to speak up for their needs. GTLI promoted an environment that encouraged men and women to learn together, communicate on topics such as healthy timing and spacing of pregnancies, and collaborate on activities such as small-scale gardening and chicken farming to improve nutrition and livelihoods. The prospects of acquiring greater access to food makes it possible for women and girls to attend school, which in turn helps women gain the confidence to self-advocate and begin participating in household and community decision making. A key intervention was the Integrated Functional Vocational Literacy curriculum, which reinforced reproductive health and family planning messaging and provided a gender-sensitive venue for men and women to experience the benefits of joint decision-making. Women also learned negotiation skills to communicate effectively within the household and at community and tribal gatherings. To start shifting cultural norms, GTLI also used Community-Based Learning in Action, a series of structured activities that helps community members identify traditions that motivate them to have a large number of children, and explains the risks of having pregnancies too close together, among other topics. These activities were often held at mixed-gender community empowerment committees, which were established to reinforce and sustain the new behaviors.

Successful gender integration cannot be reduced to one approach. However, the following steps support integration, no matter the strategy employed. Programs interested in integrating gender in their activities should:

In addition, APC grantees found that successful integration of gender into their programs required sensitive collaboration with community and other stakeholders to understand, without judgment, the factors that shape people’s values and beliefs about gender. These efforts are worthwhile. Integrating gender into programs has been shown to increase coverage, effectiveness, and efficiency of interventions, and increases the wellbeing of girls, women, and ultimately, entire communities.