On February 4, the Advancing Partners & Communities project in Sierra Leone formally launched its work in Bombali District through a half-day kick-off meeting organized under the chairmanship of the District Health Management Team (DHMT), the District Council, and the Council of the Paramount Chiefs. Representatives of 11 Chiefdoms were present, along with governmental stakeholders, including the District Agriculture Department, Social and Rural Development Department, and donor and partner organizations, including USAID, WHO, UNFPA, World Hope International, and JSI.

At the launch ceremony, representatives from GOAL - the Advancing Partners & Communities implementing partner in Bombali District - presented an overview of project activities and intended timelines and targets, and discussed ways in which the project is supporting the Government and Bombali District’s post-ebola transition plans for rebuilding the health system.

During the launch meeting, several participants outlined the importance of coordination between district and community representatives for engaging communities and increasing accountability for project interventions. The paramount chiefs and Council members highlighted the support received from USAID during the outbreak, including Infection Prevention Control training and the construction of more than 90 temporary isolation facilities. They welcomed plans offered by the DHMT for ensuring better staffing of trained health professionals at the facility and community levels. 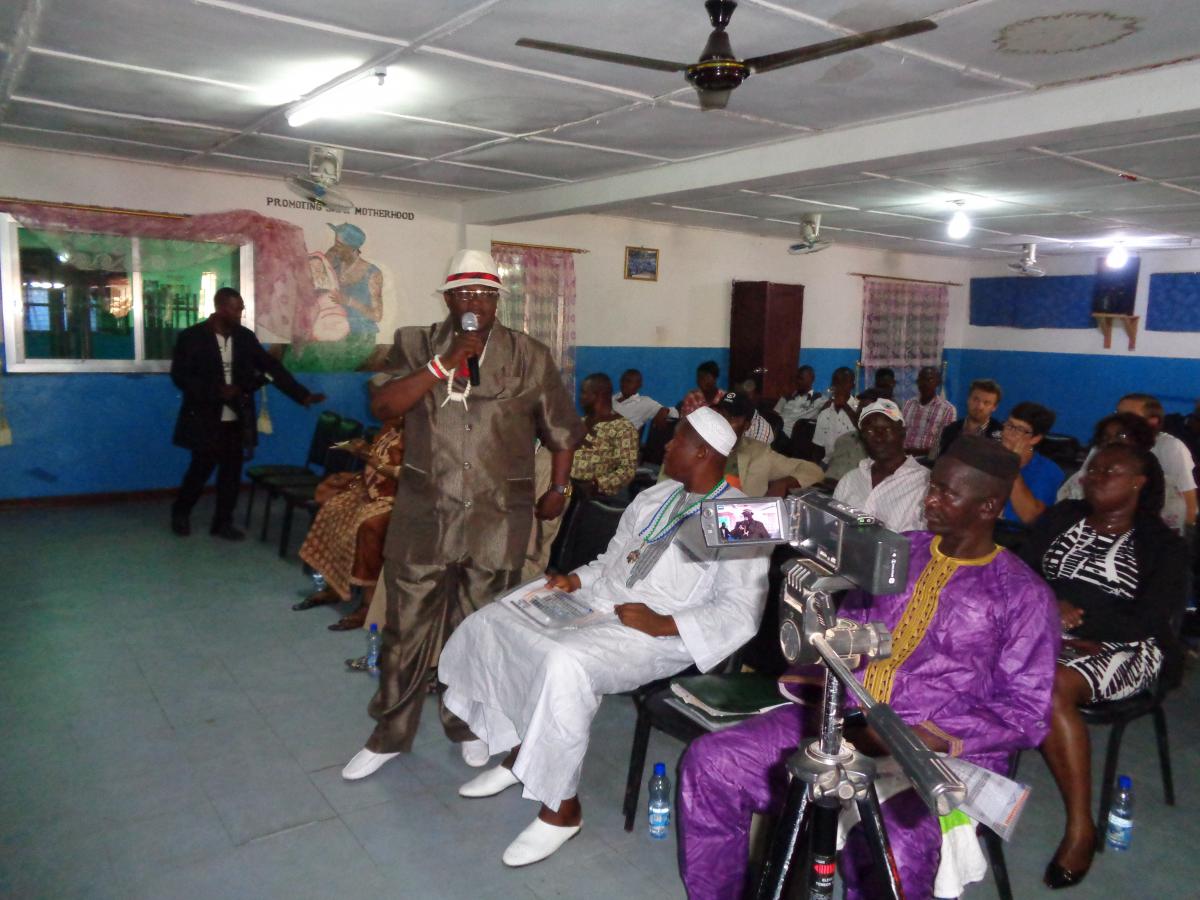 One of the village Paramount Chiefs presents at the launch, discussing project approaches and addressing questions regarding WASH interventions and coordination between the District Health Management Team and Local Council.