Front view of the Tokeh MCHP pit latrine (before renovation). 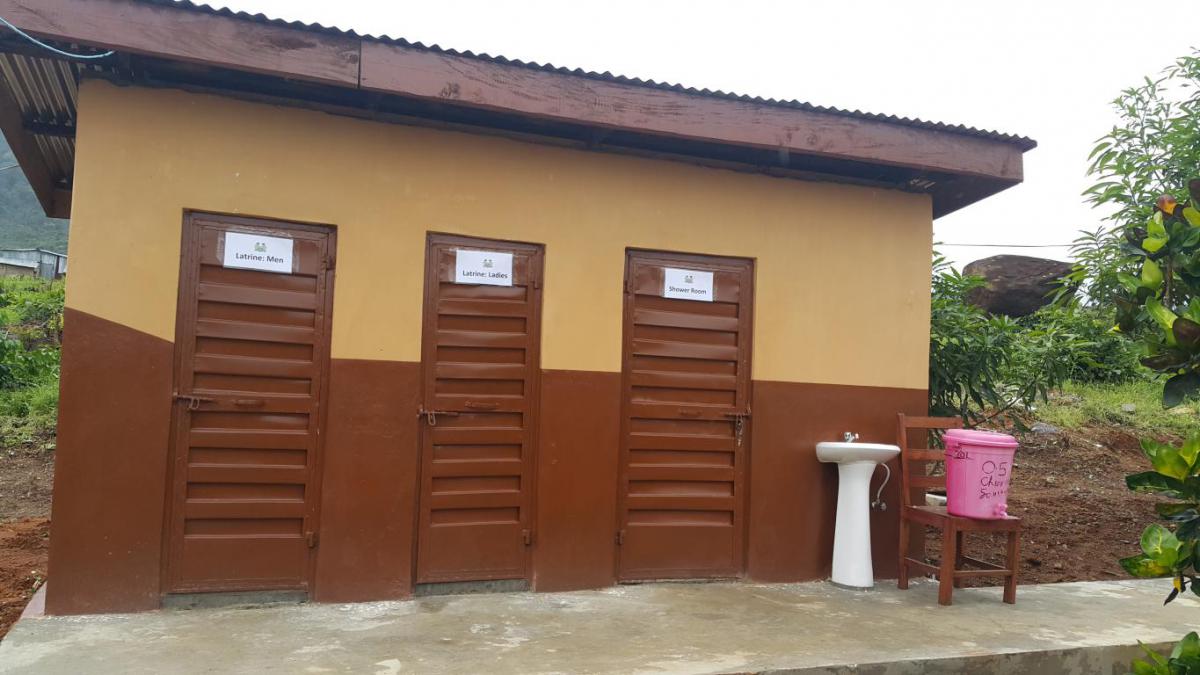 Front view of the Tokeh MCHP pit latrine upgraded to include a toilet, with an additional shower room, and outside handwashing facility (completed).

The Advancing Partners & Communities project in Sierra Leone, with support from USAID, and in collaboration with Save the Children, handed over newly renovated maternal and child health posts (MCHPs) to the Sussex and Tokeh communities on June 30, 2016 and July 5, 2016, respectively.

Community stakeholders and representatives from the District Health Management Team, the Ministry of Water Resources, other government agencies, USAID, JSI, and implementing partner, Save the Children, attended the ceremonies.

The Sussex and Tokeh MCHPs in the Western Area Rural district provide a range of reproductive, maternal, newborn, and child health services to a total catchment population of 8,671. Free services are provided to pregnant women, lactating mothers, and children under five. Around 10 patients are treated per day with an average of 20 deliveries per month in each facility. These posts provide 24-hour service, with referrals directed to the Princess Christian Maternity Hospital in Freetown.

In an opening remark at the handover event in Tokeh, the Country Program Coordinator for USAID Guinea/Sierra Leone, Khadijat L. Mojidi, encouraged community members to utilize the facility as efficiently as possible and practice basic hygiene both within their homes and outside. “The facility in itself is a mere structure if it’s not utilized, but we aim to go beyond this by providing a comprehensive package of training and follow-up to ensure that women and children feel safe to attend the facility,” she emphasized.

Before the Advancing Partners and Communities intervention, the MCHPs lacked continuously running water, necessary waste pits and incinerators, functioning pit latrines, and an intact roof. The delivery room in the Tokeh MCHP was small and did not provide immediate access to the handwashing, toilet and washing facilities.

The newly renovated MCHPs addressed these poor facility conditions with a special focus on water, sanitation, and hygiene and infection prevention and control measures. The intervention included constructing incinerators, ash pits, sharp pits, and organic waste pits; rehabilitating the outdoor latrine rooms, and building outdoor showers; extending the labor room in the Tokeh facility to include a toilet and shower; and rebuilding infrastructure, including a new roof.

Umu Sesay, an MCH-Aide in Tokeh, expressed satisfaction over the new health facility and was hopeful that the facility would attract more people in and around the Tokeh community. “I strongly believe for the upcoming months, more people will visit the clinic.”

The Tokeh and Sussex MCHPs are just two of the four priority sites in the Western Area Rural district that have been renovated through the Advancing Partners & Communities project, with sixteen more in the pipeline. In Sierra Leone, the USAID-funded Advancing Partners & Communities project is implemented in five districts through a partnership of national and international organizations led by JSI and FHI 360. Save the Children is the lead implementing partner in Western Area Rural.

View of the Sussex MCHP ceiling (before renovation). 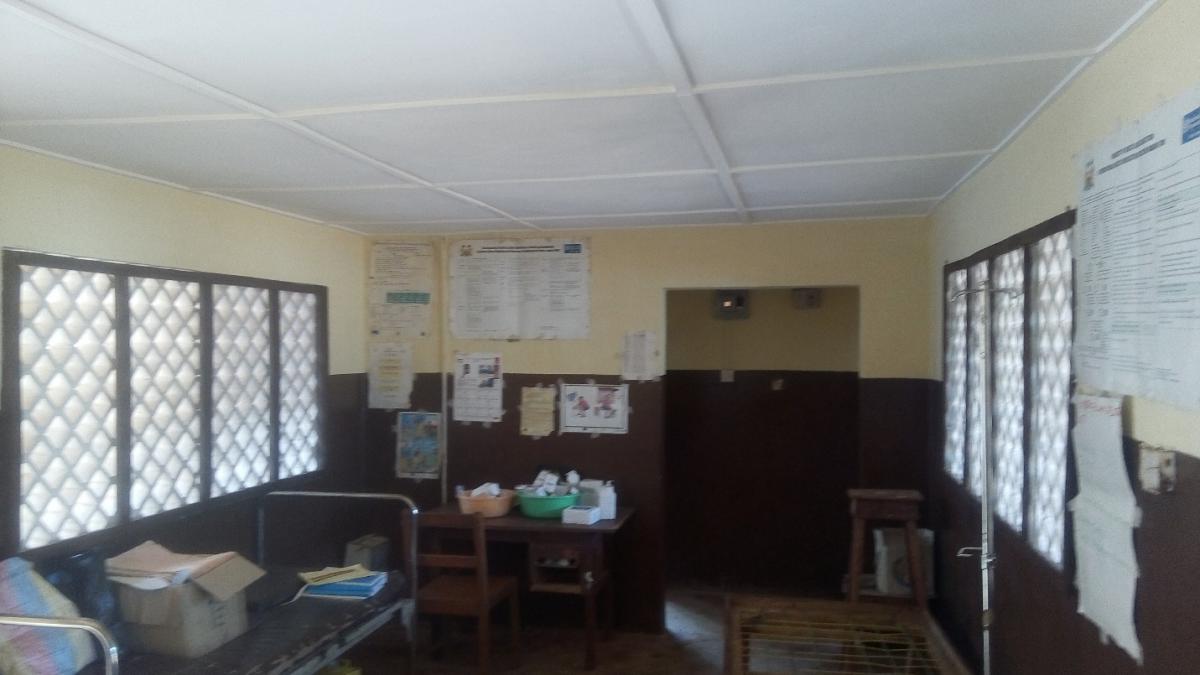