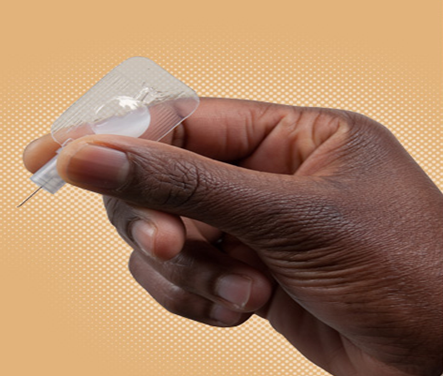 Advancing Partners & Communities (APC) advances programs that improve the overall health of communities, especially family planning (FP). The project increases access to community-based family planning (CBFP) services, including Sayana Press, a progestin-only injectable contraceptive that provides three-months of coverage, similar to Depo-Provera. Sayana Press, however, it is unique in that it combines the needle and drug in a small, lightweight, easy-to-use single dose container.

APC is working to introduce and scale up community-based distribution of this new commodity in Benin and Uganda. The project is also investigating community-based provision of injectables for home and self-injection in Malawi. Each of these efforts has the potential to dramatically increase the number of contraceptive users at country and global levels, reducing the percentage of women and couples who have an unmet need for contraception.

The Benin Ministry of Health has recently approved the use of Sayana Press in-country, with a first shipment scheduled to arrive this fall. APC Benin has played a key role in advocating and planning for community-based distribution of Sayana Press by relais communautaires, Benin’s lowest level of health care providers. APC Benin has led the effort to adapt training materials to the Benin context, and recently participated in a study tour to Burkina Faso.to learn how the Ministry of Health (MOH), Population Services International (PSI) and other partners have worked together to launch its community-based access to injectables (CBA2I) program. In the next year, APC Benin will support the introduction of community-based distribution of Sayana Press in up to 10 health zones with nationwide scale-up by the MOH expected. APC has worked with the Ministry of Health, UNFPA, USAID and Beninois Association for Social Marketing (PSI affiliate)throughout this process.

APC Uganda promotes CBA2I best practices for scaling up distribution of injectable contraceptives via community health workers and pharmacies. APC Uganda empowers districts and community-based voluntary health workers (VHTs) improve access to voluntary FP services; in 2016, 1,180 VHTs were trained in family planning, including the provision of Sayana press. APC Uganda is in 16 districts and is currently the largest CBFP program operating in the country. In addition to CBFP service delivery, APC Uganda is strengthening CBFP support systems and structures at the district and national levels; advocating for inclusion of drug shops in the continuum of FP service delivery; increasing access to FP/reproductive health services and information for young people in Northern Uganda; improving integration of FP into HIV services; and involving men in gender-transformative approaches.

Investigating Home and Self-Injection in Malawi

APC, in partnership with the Malawi Ministry of Health (MOH), USAID/Malawi, and the Children’s Investment Fund Foundation, is implementing a one-year randomized clinical trial in Malawi on home and self-injection of Sayana Press. . The study trained community-based health workers and MOH clinic-based providers on the study protocol and Sayana Press. More than 700 women have been randomized to one of two study arms: one group will be trained to self-inject; the other will receive a provider-administered injection. Approximately 70 percent of the study participants were enrolled by a community-based worker or health surveillance assistant; this is important given APCs focus on advancing and supporting community-based programs.

All participants will be monitored for 12 months or until they discontinue use of Sayana Press, whichever event occurs first. The study will be the first to ascertain if continuation rates women who self-inject Sayana Press are higher than for those who receive injections from a provider. Results from the study, which are anticipated in mid-2017, will inform decision-making for Sayana Press procurement and distribution through Malawi’s health system.