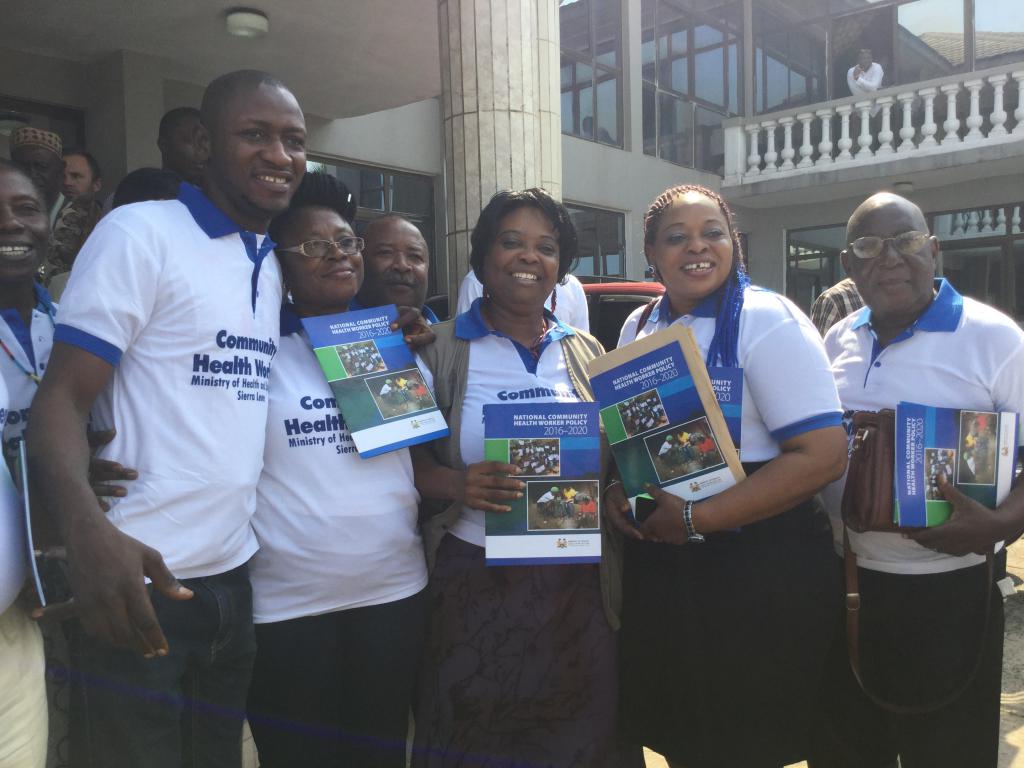 On February 2, 2017, the Government of Sierra Leone’s Ministry of Health and Sanitation (MOHS) launched the revised Community Health Worker (CHW) Policy, 2016-2020. The policy recognizes the increasingly important role played by CHWs in strengthening the link between communities and the health system. In a country that has among the highest maternal and child mortality rates in the world, CHWs play a critical role in health education, community mobilization, and disease prevention, as demonstrated by their engagement during the Ebola Virus Disease (EVD) outbreak.

Since December 2015, through the Advancing Partners & Communities project, implemented by JSI Research & Training Institute, USAID has provided training, technical assistance, and operational support for revising and implementing the MOHS’ CHW Policy. The policy is now a cornerstone of the Presidential Recovery Plan. USAID is supporting the following activities:

In an effort to integrate CHWs into the health system, USAID supports UNICEF to work with the MOHS to incorporate almost 15,000 CHW profiles into the human resources information system. The MOHS’ eHealth Coordination Hub will capture key health-related information from the community. CHWs will send and receive this information through their mobile phones by using SMS.

Representatives of the World Bank, USAID, UNICEF, the Global Fund and other key stakeholders spoke at the launch, as well as community health workers who were at the forefront of fighting the EVD outbreak. Saad Hussein, USAID/Sierra Leone’s Health Adviser, praised the role of CHWs, describing them as the unsung heroes of the response. “[They] made sacrifices by serving their communities in very challenging locations and conditions,” he stated.

In addition to recognizing the lessons learned from the recent EVD outbreak, the MOHS looked at examples from successful CHW programs across the continent. Dr. Joseph Kandeh, Director of Primary Health Care for the MOHS, presented the key elements of the policy, praised development partners for their ongoing support, and highlighted the need to address the long-term sustainability of the program.