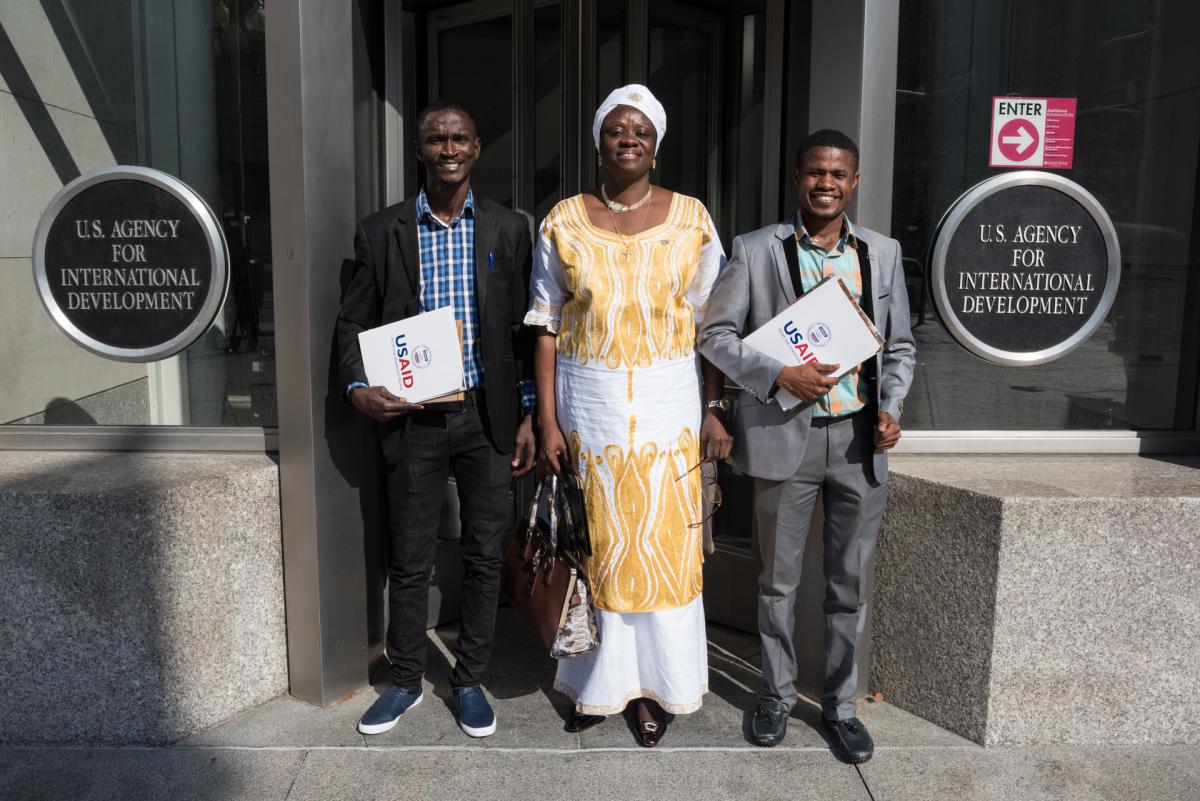 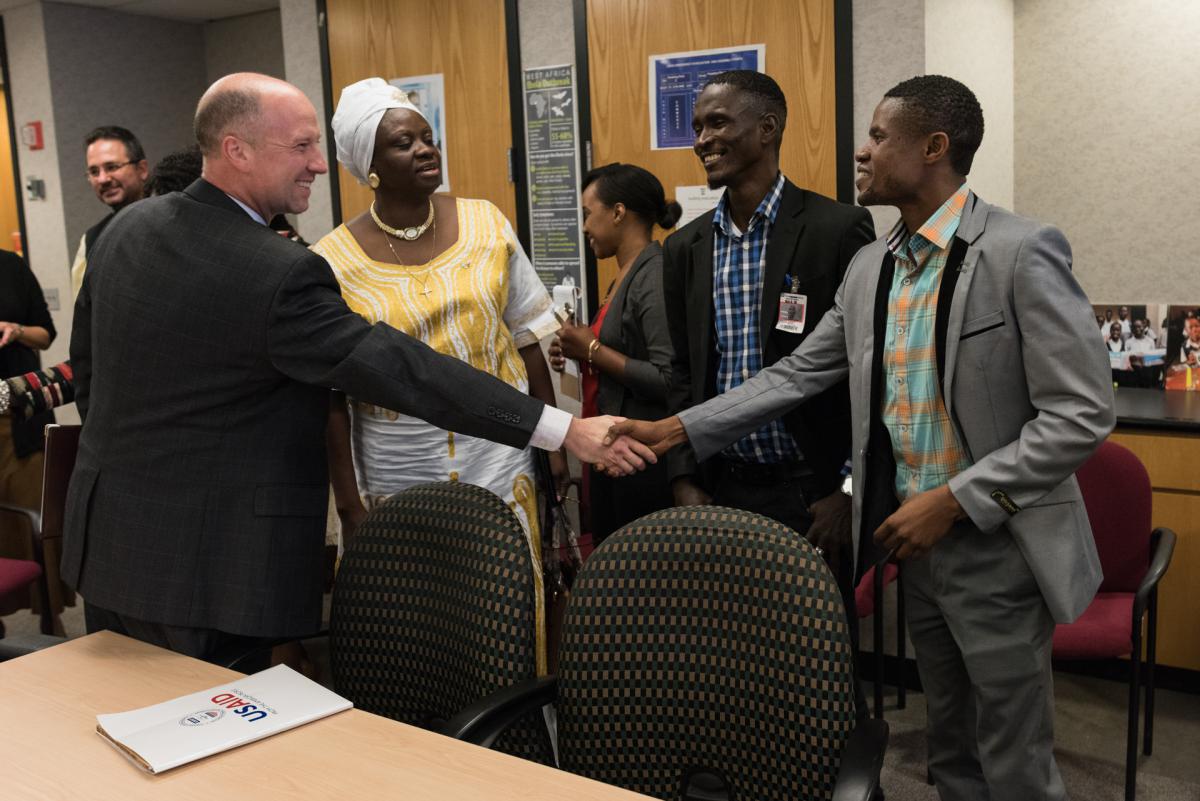 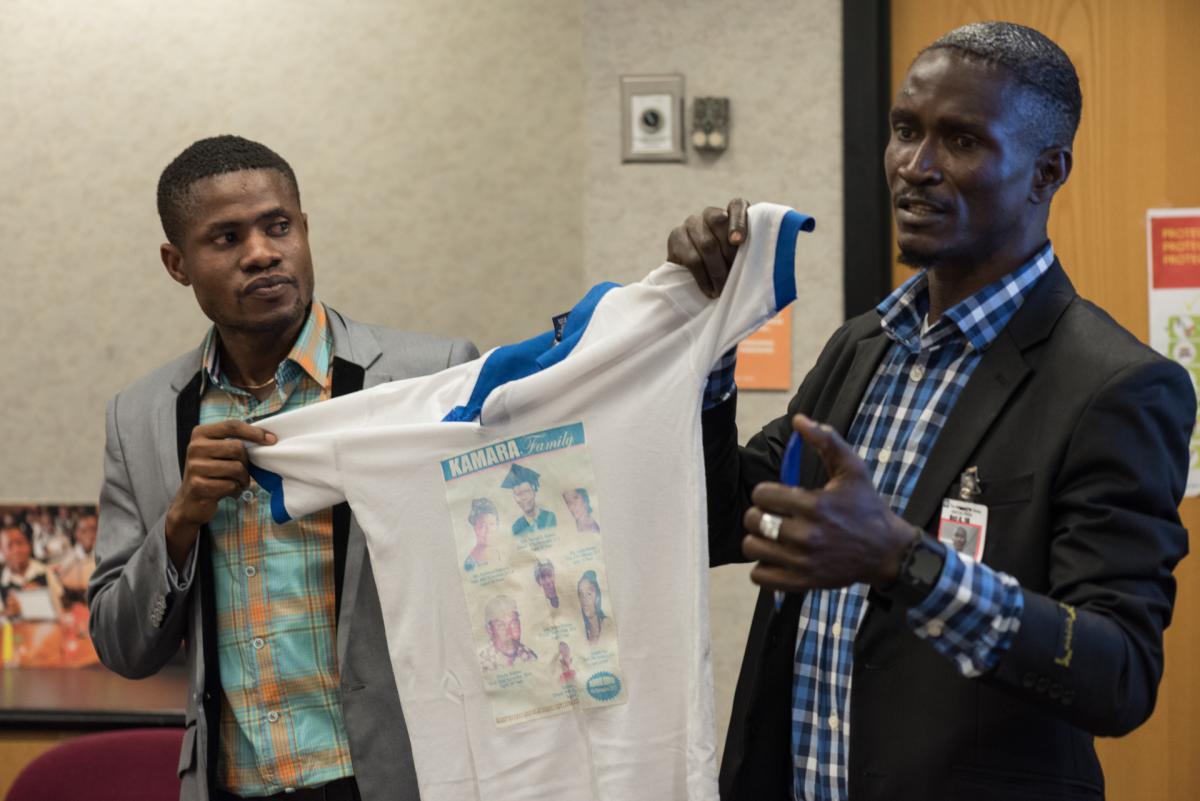 The Advancing Partners & Communities project welcomed a delegation of Ebola survivors to Washington, D.C. on Monday, October 3, 2016. Led by the Honorable Dr. Sylvia Blyden, Minister of Social Welfare, Gender & Children’s Affairs, Republic of Sierra Leone, the delegation will meet with representatives from JSI Research and Training Institute, Inc. (JSI), the White House, the United States Agency for International Development (USAID), the National Institute of Health, and more to tell their stories and bring awareness to issues in the aftermath of the Ebola epidemic in West Africa.

In addition to sharing their story, the delegation also said that they would like to show their appreciation and gratitude for all of the work done in the fight against Ebola and bring attention to the needs of the thousands of children who have been orphaned by the Ebola epidemic.

APC has recently launched the Ebola Transmission Prevention and Survivor Services Program which will work with ministries of health and nongovernmental organizations in regions of Sierra Leone, Liberia, and Guinea that are most affected by the Ebola outbreak.