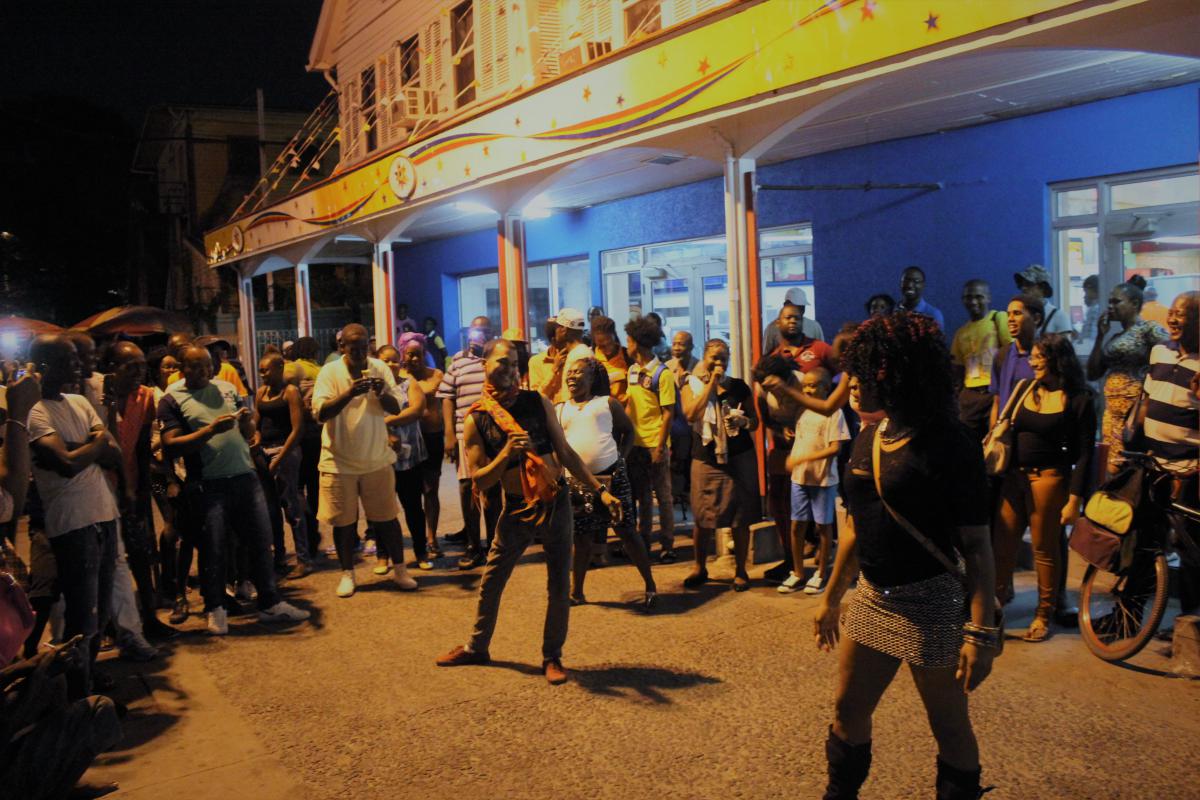 Artistes’ volunteers acting out the roles of Honeybun and Sugarcake. 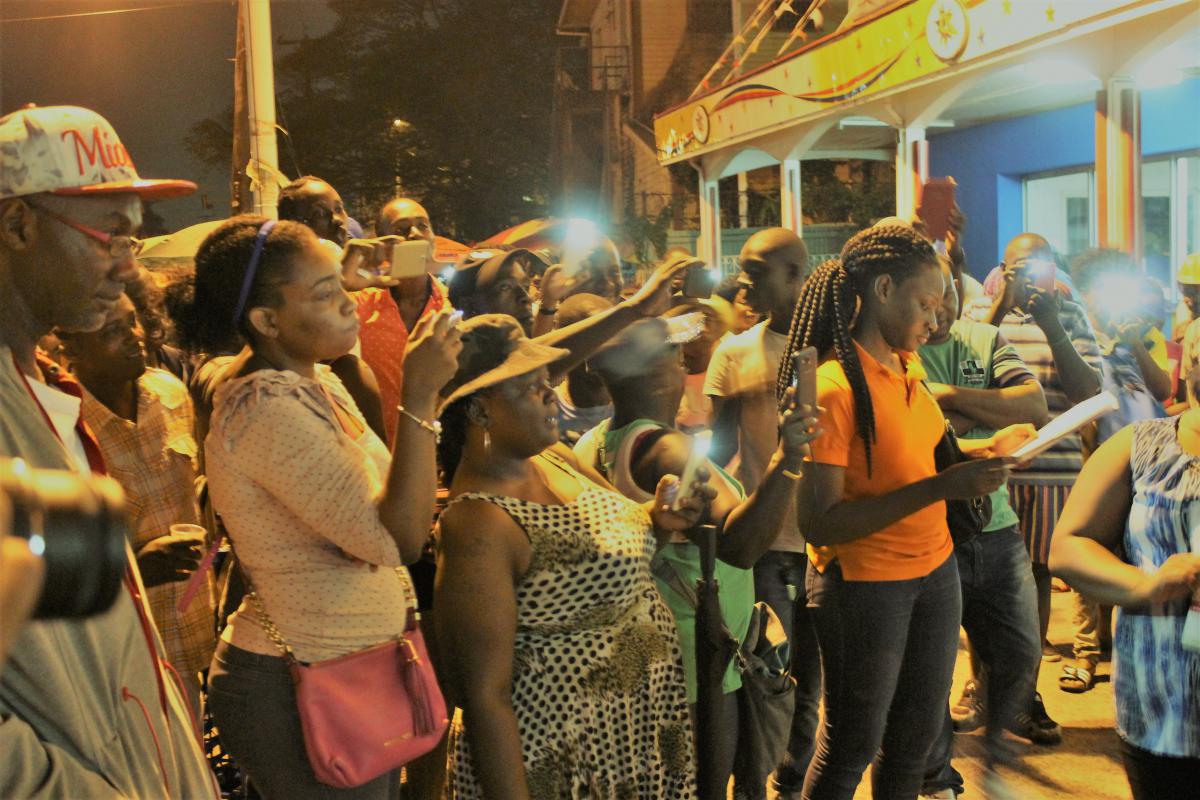 The crowd taking videos of the play on their mobile devices. 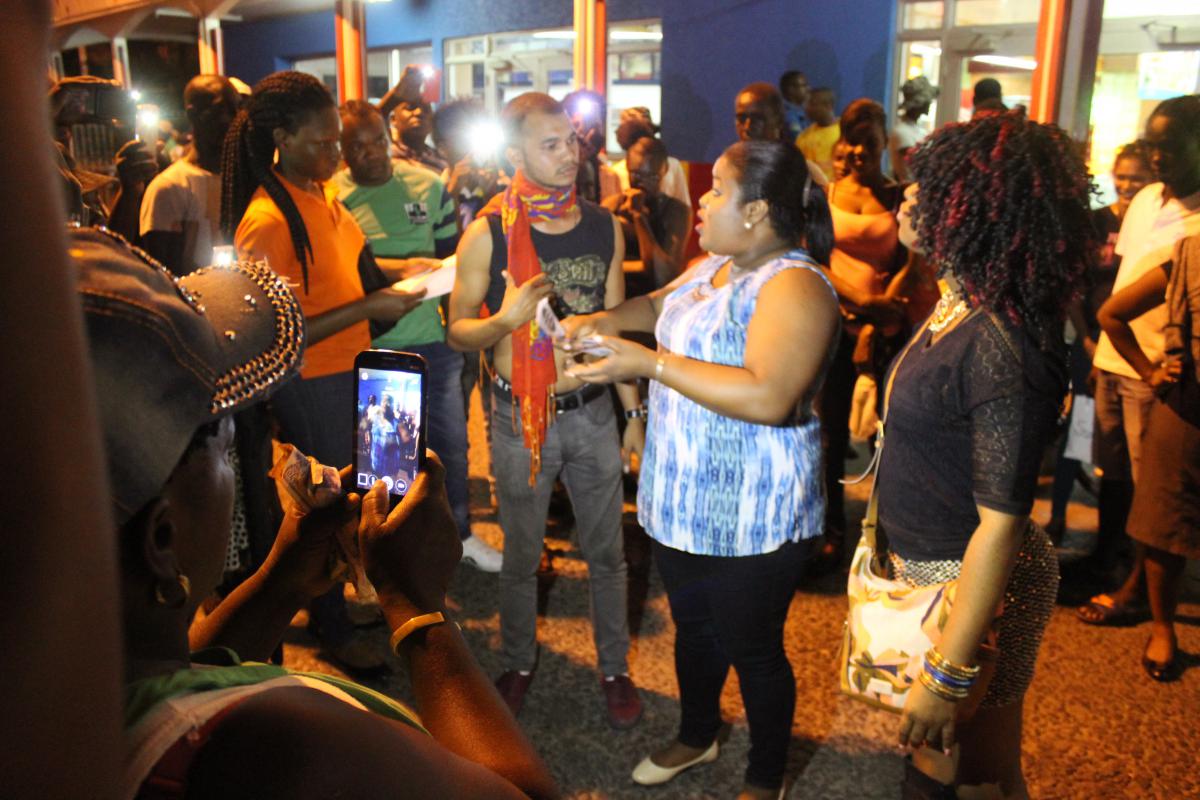 All three actors in the final scene of the play.

Artistes in Direct Support (Artistes), a non-profit supported by Advancing Partners & Communities (APC) presented an HIV-focused skit for a downtown crowd in Georgetown, Guyana on the evening of Friday, March 10th. Two volunteers and one staff member from Artistes staged the educational activity at one of Georgetown’s busiest public transportation stations. On a daily basis, more than 5,000 people pass through the transportation station. Foot traffic increases in the evening hours, and the venue is a “hotspot,” frequented by members of key populations who APC and its partners serve.

The play, “Treat Me Good,” was written by Artistes’ Executive Director, Desiree Edghill. The actors played a men who have sex with men (MSM) sex worker, Honeybun; a female sex worker (FSW), Sugarcake; and an Artistes Peer Educator, Natasha. The script highlighted the importance of knowing one’s HIV status and the benefits of starting antiretroviral therapy early, upon receiving a positive HIV test result. Over 60 people were actively engaged for the entire 15 minutes of the play. After the play, Artistes increased their testing numbers by 50%.

Artistes, established in 1992, is a non-profit community-based organization, that focuses on using the performing arts to address issues related to HIV/AIDS and sexually transmitted infections. Volunteers and staff educate at-risk populations through music, drama, dance, and peer education. With funding from PEPFAR, under the APC project, Artistes has expanded their scope of work to include community mobilization, capacity building, voluntary counselling and testing, and outreach services for MSM and FSW.