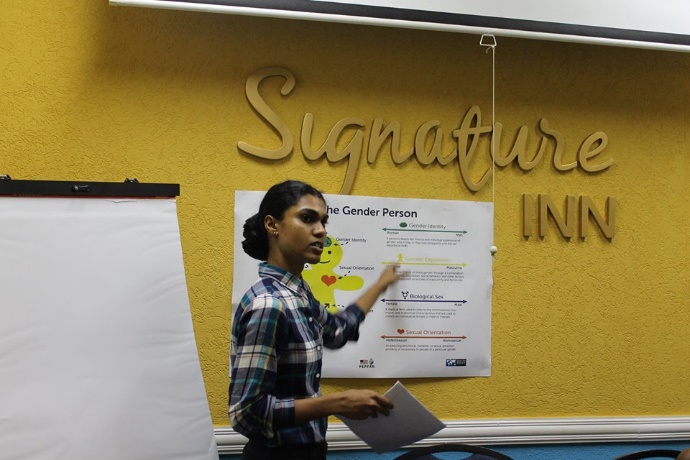 In Guyana, a general lack of understanding about sexual orientation and gender identity (SOGI)—and the stigma and discrimination (S&D) that result from that lack—undermine HIV-prevention efforts. Widespread discrimination against men who have sex with men, sex workers, and people who are transgender—many of whom are HIV-positive or at risk of becoming so—impedes national and global efforts to end the epidemic, prevents access to health services, and intensifies the spread of HIV.

Prior to each session, attendees completed a stigma and discrimination questionnaire. Analysis revealed that 81 percent had never been exposed to SOGI or S&D awareness, and 44 percent had a relatively poor understanding of the meaning of stigma. Specifically, it was clear that some professionals did not have the knowledge to work with target populations without discriminating against them. 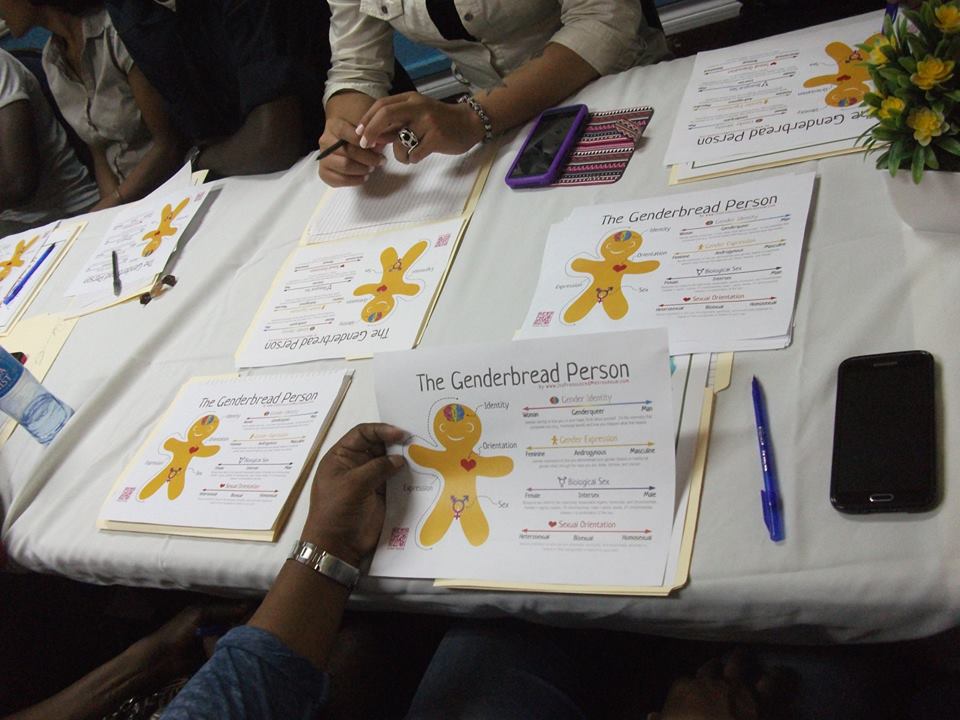 Participants engaged with information via the Gender-Person during a SOGI session.

These sessions facilitated desperately needed education and discourse on gender, sexuality, stigma, and HIV. After the sessions, participants reflected on instances where they have inadvertently perpetuated stigma against the people who they were supposed to care for. They said that the SOGI sessions made them aware of transgender issues, clarified the differences between gender identity and sexual orientation, and taught them about varying components of biological sex.

Several health care administrators brought the educational and sensitivity materials back to their health centers and placed them in waiting areas so patients can read and learn about themselves and their rights while waiting to be seen by newly enlightened care providers. Recommendations have even been put forward to have session times extended.