Community And Mobility For A Girl And Her Mother 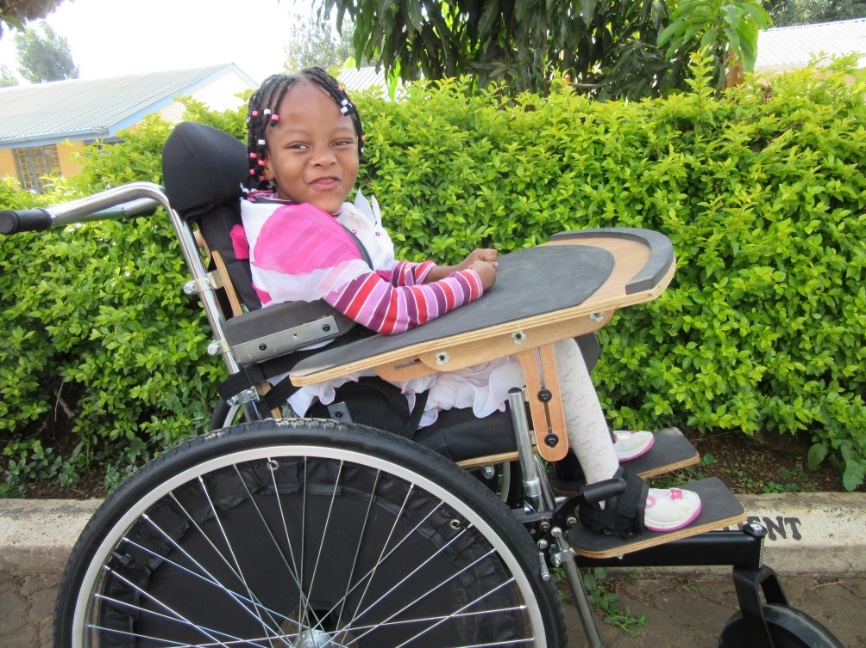 Five-year-old Shelby in her wheelchair.

When Shelby was born 5 years ago, her parents were overjoyed and showered her with love and affection. However, as time went on, it became apparent that something was wrong. After numerous visits to different hospitals and doctors, Shelby was diagnosed with cerebral palsy. Her mother was devastated, and because of Shelby’s condition her father abandoned her.

Shelby’s mom resolved to continue caring for her daughter. Since no one could care for Shelby at home while her mother was at work, and Shelby wasn’t mobile enough to care for herself, her mother carried her on her back to work each day. She sought rehabilitation for her daughter at a nearby health center where she met other parents whose children had cerebral palsy.

It was there that she heard of World Vision, a Christian humanitarian organization that was running a wheelchair program known as ACCESS (Accelerating Core Competencies for Effective Wheelchair Services and Support) from their local office in Soweto. She decided to go and inquire at their field office.

When she arrived she was informed that the program had just been launched and was advised to bring her daughter in for assessment. Through trained service providers, Shelby was provided with an appropriate wheelchair that suited not only her physical condition but also her environment.

With her daughter’s new wheelchair, Shelby’s mom could now easily take her to the market and other places around the community. By bringing Shelby into the community, her mother was able to encourage other parents who had children with disabilities to share the journey toward mobility and social inclusion for their children.

Now that Shelby was mobile, her mother’s next task was to enroll her in school. In a country where less than 2% of children with disabilities have access to an education, and with non-existent services and inaccessible facilities, Shelby’s chance of going to school was slim. That was until her mom came up with the idea of starting a day-care center where the children with disabilities in her community could enroll.

When World Vision visited the school, we found Shelby and several other children enjoying the opportunity to play, make friends, and learn. Best of all, Shelby and her mom now know that they are not alone.

So far, ACCESS Kenya has managed to equip 70 people with wheelchairs, but more than that, the project has also afforded people like Shelby and her mom the opportunities to experience love, pursue their aspirations, and contribute to the development of their communities.