Dismantling Stigma and Discrimination in Health Services in the Dominican Republic 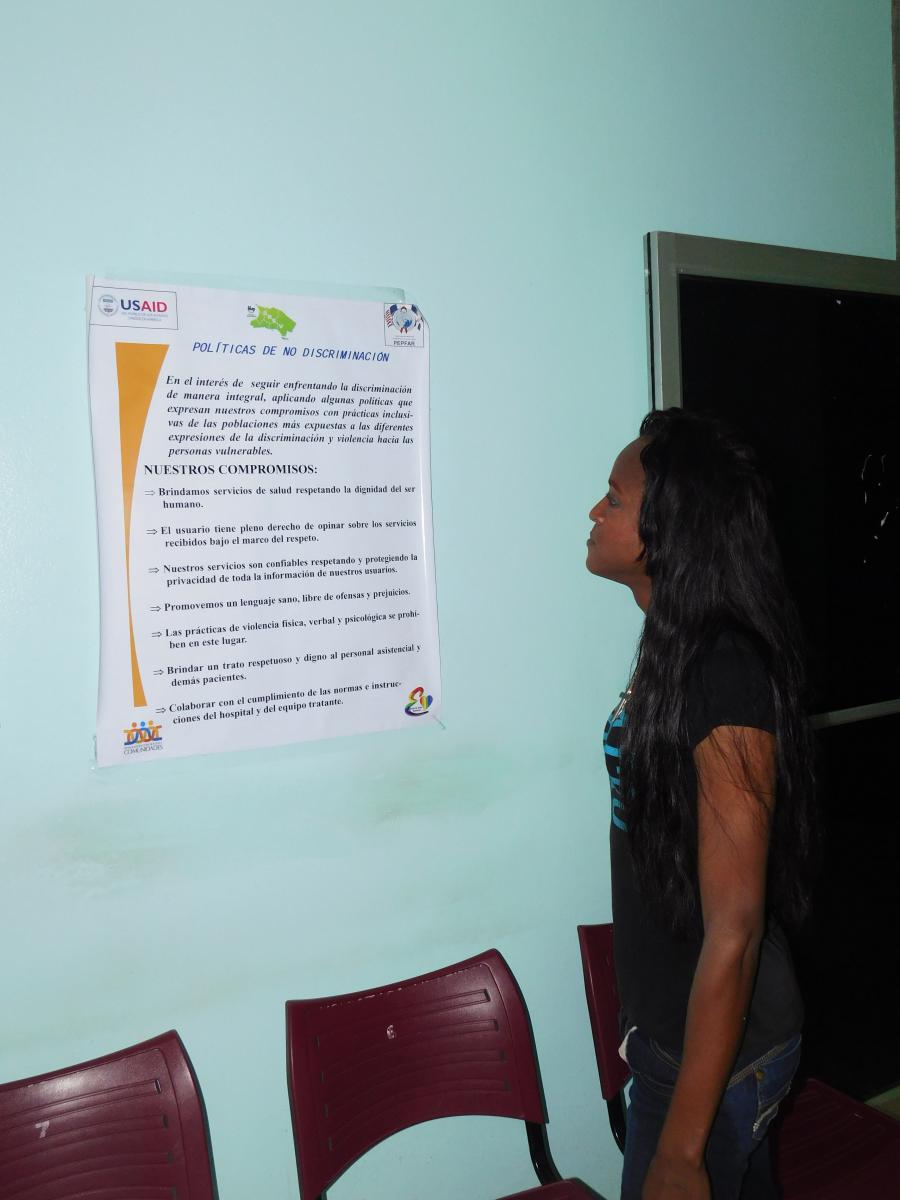 Ruby reading the anti-stigma and discrimination policies at a public hospital.

Ruby Mercenario is a 32-year-old transgender woman who receives care at the Francisco Gonzalvo public hospital in the La Romana province of the Dominican Republic. She praises the benefits of receiving services at a place free of stigma and discrimination.

Unfortunately, this was not always the case. Ruby recalls that “it used to be terrible for transgender people to try to access services at the health centers. As soon as you arrived at the hospital people would start teasing you. The doorman and the motorcycle drivers would bully the transgender girls who came for medical care. The doctors wouldn’t even see you and they would send you from one place to another. There was a lot of discrimination.”

Stigma and discrimination continue to be among the most misunderstood aspects of the HIV epidemic. People who are HIV-positive, or who believe they are, frequently suffer rejection, abuse, and exclusion from the health system, especially if they happen to be men who have sex with men, transgender people, or sex workers. This is a significant barrier to prevention and treatment, which compounds the effects of the epidemic.

In 2016, the Advancing Partners & Communities (APC) project—funded by the United States Agency for International Development within the framework of the U.S. President’s Emergency Plan for AIDS Relief— implemented a series of interventions to reduce stigma and discrimination against key populations (men who have sex with men, transgender people, and sex workers) and people living with HIV in 17 public and private sector health centers.

Since implementation of the anti-stigma and discrimination policies and procedures at these health centers, beneficiaries are able to access services in an environment where they are treated with respect and are supported.

"The hospital director helps us a lot, she is always checking to see how we are doing. In addition to the counselors, the HIV clinic staff and the laboratory and emergency care staff now treat transgender women with respect when they come to the hospital. There has been a huge change here,” says Ruby.