Enabling Progress In Children With Disabilities 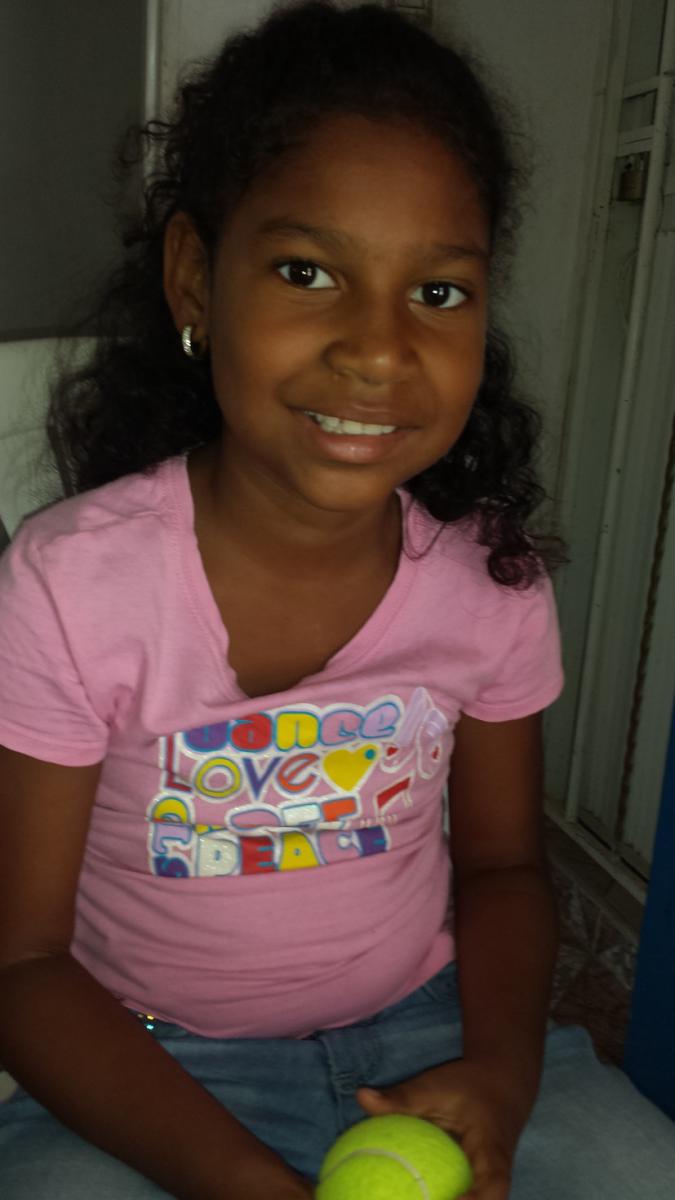 Nine-year-old Vanessa lives with her father, two older brothers, aunt and cousin. Her parents recently separated, leaving Vanessa and her brothers under the care of her father and aunt.

Vanessa was born after a normal pregnancy and was initially normal in her development. However, at two and half months of age, she was diagnosed with viral meningitis after suffering from a very high fever and convulsions. Vanessa spent about a month in the intensive care unit. When she was finally discharged, the doctors indicated that her illness had affected her development and cautioned her parents to carefully monitor her, as additional convulsive episodes were likely.

As the doctors had predicted, Vanessa experienced developmental and intellectual delays. She was late in reaching key mobility and speech milestones and experienced weakness in her left arm.

When Vanessa began school at the age of 4, her intellectual and physical challenges became more apparent. Her aunt heard about the TEAM project and immediately registered her. The TEAM project is implemented through a grant awarded under APC, by World Vision, who will enable more than 1,900 people with disabilities including victims of war, especially women and girls, to attain and maintain maximum independence. Vanessa was assessed by specialists with the Roosevelt Institute and received rehabilitation treatment three times a week through the TEAM project. In addition to Vanessa’s physical therapy, her aunt received guidance on additional, at-home exercises that Vanessa would need to do to remain involved in the family’s home life and daily tasks.

“The TEAM project has been a great help to Vanessa. She has made remarkable progress in her rehabilitation and as a family, we are so pleased.”

“The TEAM project has been a great help to Vanessa. She has made remarkable progress in her rehabilitation and as a family, we are so pleased.”

"The whole family is happy because we have seen her progress. For example, she used to spend almost an hour completing a worksheet and now it takes her only ten to fifteen minutes,” expressed Vanessa’s aunt. She also noted that Vanessa is now more independent. Her family has managed, with the help of the EPS health care provider, to implement the medical orders provided by the mobile clinic. The only challenge they have faced is occasionally experiencing a lengthy wait to see the therapists.

Vanessa currently attends a preschool near her home. She is nearly finished with her rehabilitation and has been progressively reaching her goals. This process has not only been fortifying for Vanessa, but it has also unified the whole family, who has come together to love and support this very special little girl.

“The project staff have been so attentive to my niece; we are so grateful for this and it motivates us to work together to help Vanessa succeed.”