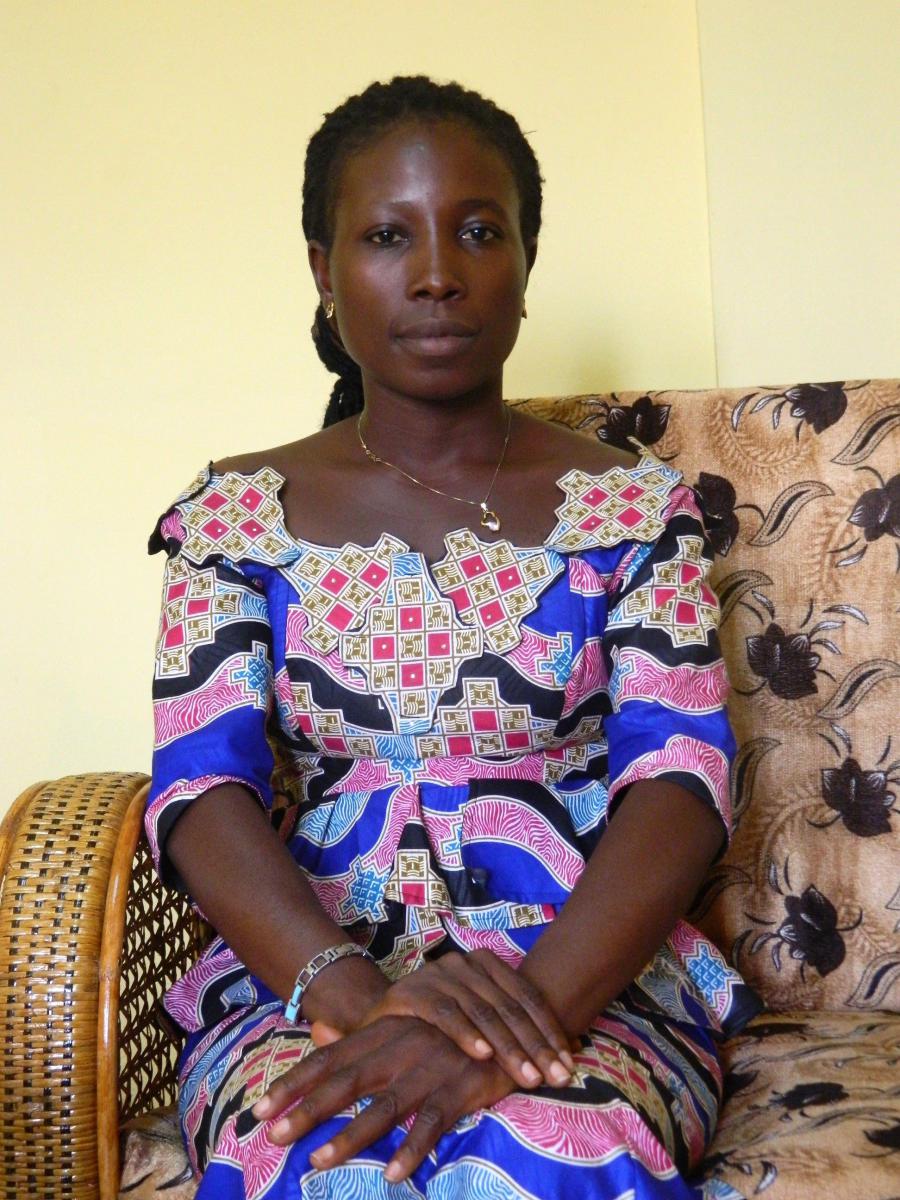 Pauline Bono, a 29-year old nurse and Ebola survivor, is the president of the Nzérékoré Survivor Association.

In Guinea’s Nzérékoré region, 29 year-old Pauline Bono, a nurse and Ebola survivor, leads the local Ebola survivor association of 33 women and 30 men. Members of the organization come from all backgrounds.

“As president of the Nzérékoré Association, I set it up so that we’re unified as survivors; we have project ideas and work together to achieve success,” says Pauline. “For example, we help women survivors who have lost their work to find employment again.” For the past three years, Pauline has worked with the Association to improve the lives of the district’s Ebola survivors. The group includes a vice president, secretary, treasurer, and communications and external affairs person, who are all volunteers elected by association members.

The association meets twice a month at the Nzérékoré District Health Office. “We decide on an agenda, and go through the different ongoing projects, such as a current livelihood project that we have…, talking about any successes or issues that have come up,” Pauline continues. Each member contributes 5,000 GNF per month (approximately 60 US cents), which helps pay for materials.

The association buys and stores high quality rice and red oil in bulk, using a machine for measuring and bagging rice; then members sell it for a small profit. “We’ve built on the existing skills of members—those who are already familiar with this type of business—in order to build it up for the association,” Pauline explains. “What I hope for the future is to have the association registered as a nongovernmental organization (NGO), and also for our association to create more business initiatives, which will employ those who have lost work.”

The Nzérékoré Survivor Association is one of 23 organizations in Guinea’s national network of local associations of Ebola survivors, Réseau National des Associations de Survivants d’Ebola de Guinée (RENASEG), that benefit from support provided by the Advancing Partners & Communities (APC) project. To empower Ebola survivors and their associations, APC and its local grantee, International Medical Corps, are working with RENASEG to develop leadership skills and organizational structures within the 23 local associations.

During the past year, APC’s support has enabled RENASEG’s leadership to develop strategic and operational plans for the organization and to network with other countries’ survivor associations at regional workshops. Alongside Ebola survivor network leaders from Liberia and Sierra Leone, RENASEG’s leaders learned to conduct advocacy, communications activities, and resource mobilization. With these new skills and trainings conducted by APC, RENASEG is supporting its member associations across Guinea to become more self-reliant. APC and International Medical Corps also provided office space and equipment as part of establishing RENASEG as a registered NGO—an important step in bolstering the survivor network’s long-term sustainability. Additionally, APC’s work on stigma reduction and community-based surveillance is helping survivors to reintegrate into their communities. 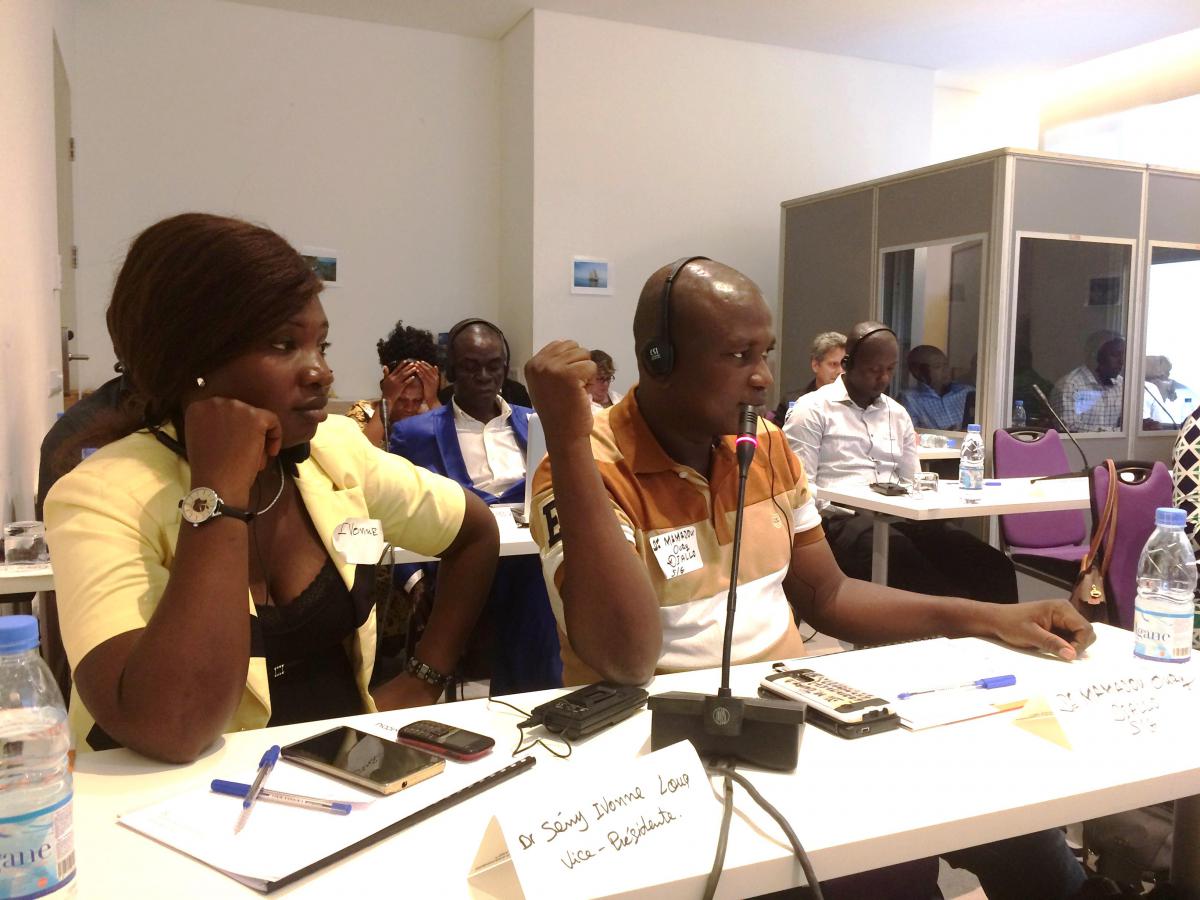 Pauline has already benefited from APC’s training and is thankful for the support that RENASEG provides. “The establishment of the network is a very good thing. They are here to defend our interests and to support us in carrying out our activities,” she adds.

The Ebola Transmission Prevention & Survivor Services program, funded by USAID’s Global Health Ebola Team and implemented by JSI’s APC project, supports recovery from the Ebola outbreak in Guinea, Liberia, and Sierra Leone. The program mitigates the risk of Ebola resurgence and improves access to and quality of health care services for Ebola survivors and the general population. In Guinea, targeted interventions include supporting the national active-ring surveillance system, renovating and equipping selected health facilities that see a high volume of survivors, and training health care workers and community leaders in clinical care and to reduce stigma toward Ebola survivors.