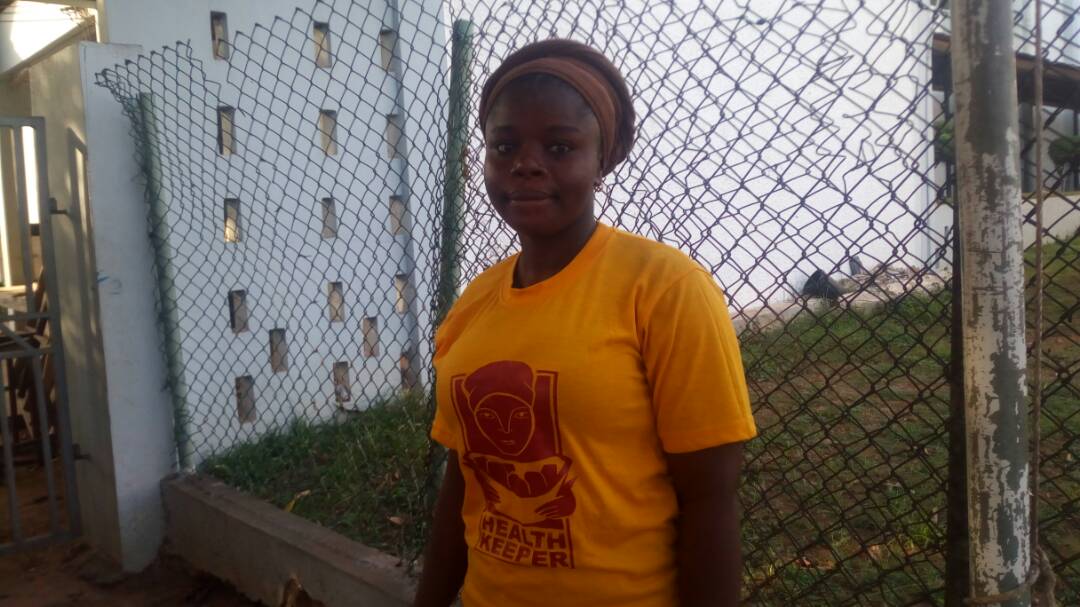 Amina Amidu is a smart and hardworking young lady who works with the Kayayei (Head Porters) Youth Association in Agbogbloshie, a suburb of Accra. She joined the HealthKeepers Network after learning about it from the leader of the Youth Association.

Amina is proud because she helps people improve their health and is working to solve social problems facing marginalized young girls. Amina is bolstered by HealthKeepers' trainings, which taught her about prevention of sexually transmitted infections (STIs) and family planning. In fact, Amina herself now practices safe sex because of what she learned in these trainings.

But it can be difficult to get others to take her advice, particularly when it comes to condoms. Boys, for instance, make fun of them and refuse to pay attention, so Amina has to muster courage before approaching them. She has found that if she makes jokes she can hold their interest long enough to talk with them about condoms and other contraceptives.

Amina frequently uses her own judgement to make on-the-spot decisions. One example involved a woman who had a contraceptive implant and was experiencing unpleasant side effects. Amina suggested that the woman try another family planning method to prevent continued problems, and referred her accordingly.

When people stop whatever they are doing to listen to her, it motivates Amina even more. These interactions as a HealthKeeper have built Amina’s confidence and now she is comfortable speaking to large groups of people about important and often sensitive health issues.

With additional funding provided by a grant awarded under Advancing Partners & Communities (APC), HealthKeepers Network is expanding their community-based family planning (CBFP) project. The CBFP project aims to reduce the gap between the demand and the supply of HIV prevention and family planning (FP) products. The program provides access to affordable contraception, including condoms and oral contraceptives, as well as other products and services.