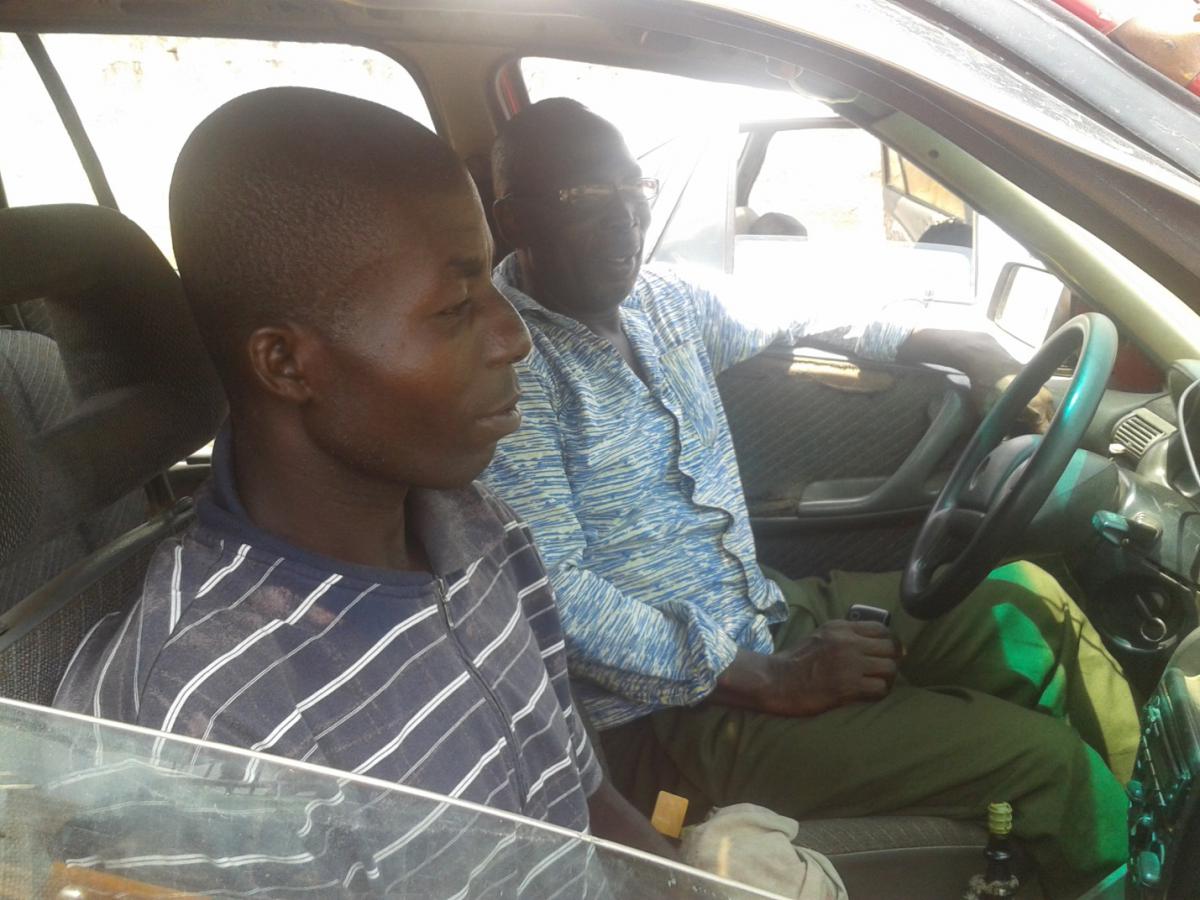 Bernard Tetteh is a 45 year old station guard and transport service operator in Anloga, in the Volta Region. Most of the men in his area are not educated on family planning and therefore, do not support it.

Tetteh explains, “When you try to talk to [women] on family planning, and particularly try to introduce some of the family planning products, their husbands will come and scold you for not taking permission from them before engaging the women on such talks. But I take my time to explain things- what I am trying to explain to the wife is not a bad thing but something good that will help the family as a whole.”

Tetteh is a very proud driver who meets many people every day through his job. As a station guard, he takes the opportunity to educate people on reproductive health issues.

Although his biggest challenge as a health worker is low support from men for family planning issues, he still advocates for the use of contraceptives such as condoms and the secure pills.

Tetteh said that as a health worker it is important to keep clients’ information confidential and every health service provider should always keep that in mind.

He recalls he once received a complaint from a woman that her husband refused to use condoms and would not allow her to use a contraceptive method either, leading to unplanned pregnancies. “The man was not financially sound to cater for the children. While I was talking to the lady and introducing some of the contraceptives to her, the husband appeared and started yelling at me, asking who gave me the authority to introduce such products to the wife. But, I took my time to explain things to him and he understood, and now we have even become friends.”

Tetteh continued, “There are so many times that people have chased me out of their homes. They will just tell you they don’t want to hear you and they are not ready for family planning, so I just accept it in good faith and then I move on.”