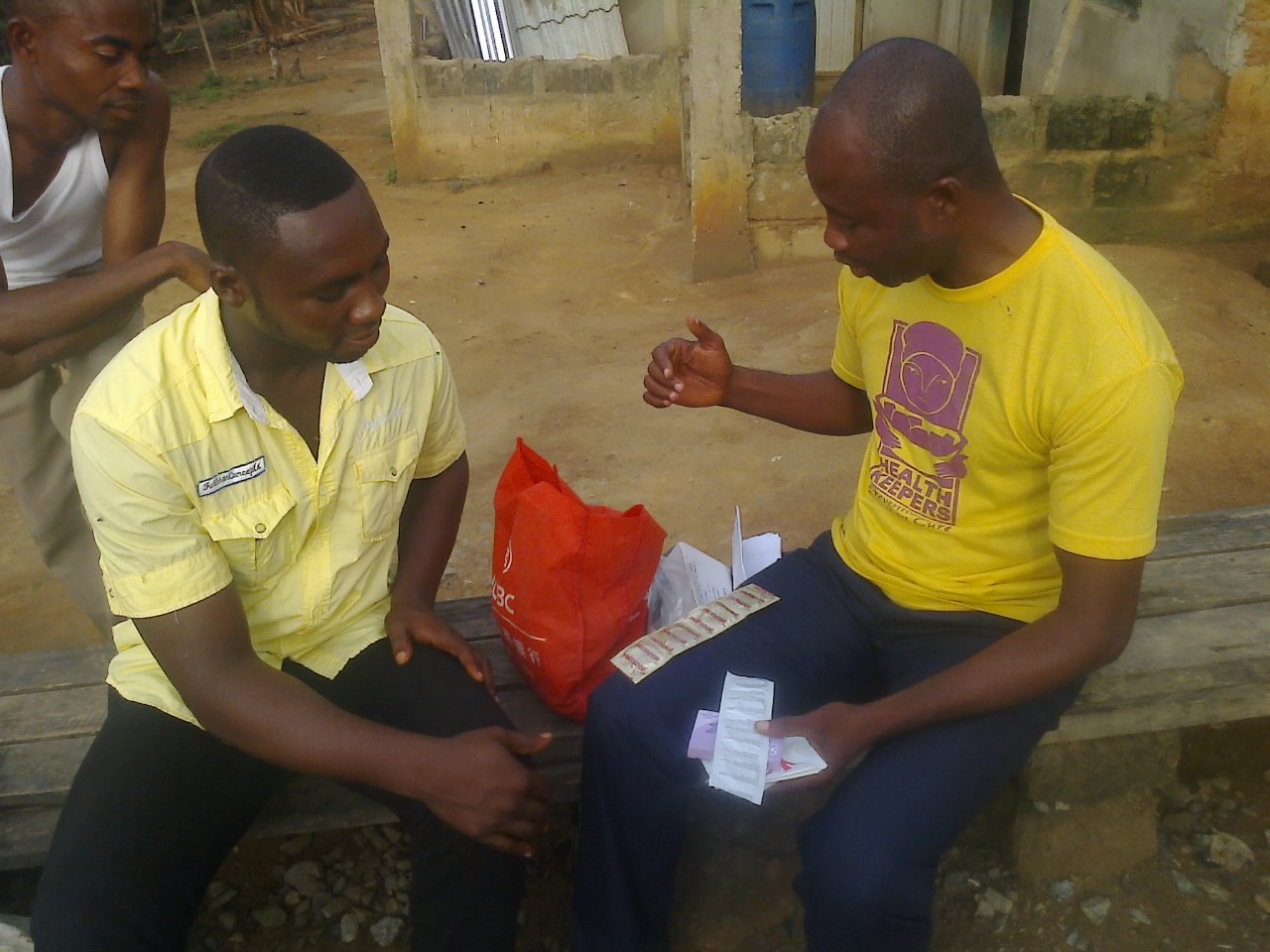 Despite the largely invisible role played by men in terms of Family Planning and Reproductive Health Nana Kofi Akorlegah, a Health Keeper based in Ohiamadwen, a suburb of the Shama district in the Western Region, says he was determined to succeed and has no regrets joining the program.

Nana Akorlegah has worked as a Health Worker for about two years and is proud to be recognized as a Health Representative in his community. “When people need health advice and health products, it is me they look for,” said Akorlegah. “I am working hard to make positive impacts in my community”.

Akorlegah was informed by a friend about the HealthKeepers Network program. He was interested and got recruited and trained a few weeks later with others from various communities in Shama. He initially thought it was a monthly paid job, until he realized it was up to him to determine how much he would make by selling the products.

”After the three day training, we were given some baskets containing health products,” said Akorlegah. “Some of the products included Oral Rehydration Salt (ORS), Aqua Tabs, and both the male and the female condoms, amongst other health products. The motive was not just to sell and make profits, but to help educate the community folks on the proper use of the products. I saw it as an opportunity to educate the youth on how to prevent teenage and unwanted pregnancies, as it is a problem in my area.”

The training went well and is greatly benefiting Akorlegah’s community.

“When most of the people in my community have diarrhea or they need condoms or any form of health advise, it is me they rush to,” said Akorlegah. “I have been educating people on how to use condoms, oral contraceptive pills, and Aqua Tabs. I am doing well too in terms of sales.”

"When people need health advice and health products, it is me they look for," said Akorlegah. "I am working hard to make positive impacts in my community".

Speaking on difficulties confronting him in his line of work, Nana said he has to walk long distances to reach his clients. “You can walk all the way from Ohiamadwen to Anto,” said Akorlegah, “and when you get there people are not receptive and don’t want to listen to you.”

He also highlighted that, despite the difficulties, his active involvement in the selling of family planning products has influenced his fellow men in the area to openly buy condoms from him. According to the ‘condom man’, as he is affectionately called, “because I am a young guy just like most of my colleagues here, they easily come to me to buy condoms without any shyness.”

“Most of my mates in the area who used to fancy unprotected sex have gradually come to understand the implications of the act,” Akorlegah said, “and through my constant education, most of them have become wiser. I am the main supplier of condoms in the area and I feel very proud about it.”

Akorlegah also affirmed that his work as a Health Keeper has taught him to be patient and determined. “This is the kind of job that, if you are not committed, you may not be able to pursue further, especially when you start,” said Akorlegah. “Normally the amount of money realized from the sales is nothing to write home about, but if you do it well, you will always smile in the end.”

Akorlegah believes he has not only positively impacted his customers, but that he has also benefited from some of his clients. One woman in particular always buys Aqua Tabs in bulk from him, which has boosted his profit margin.