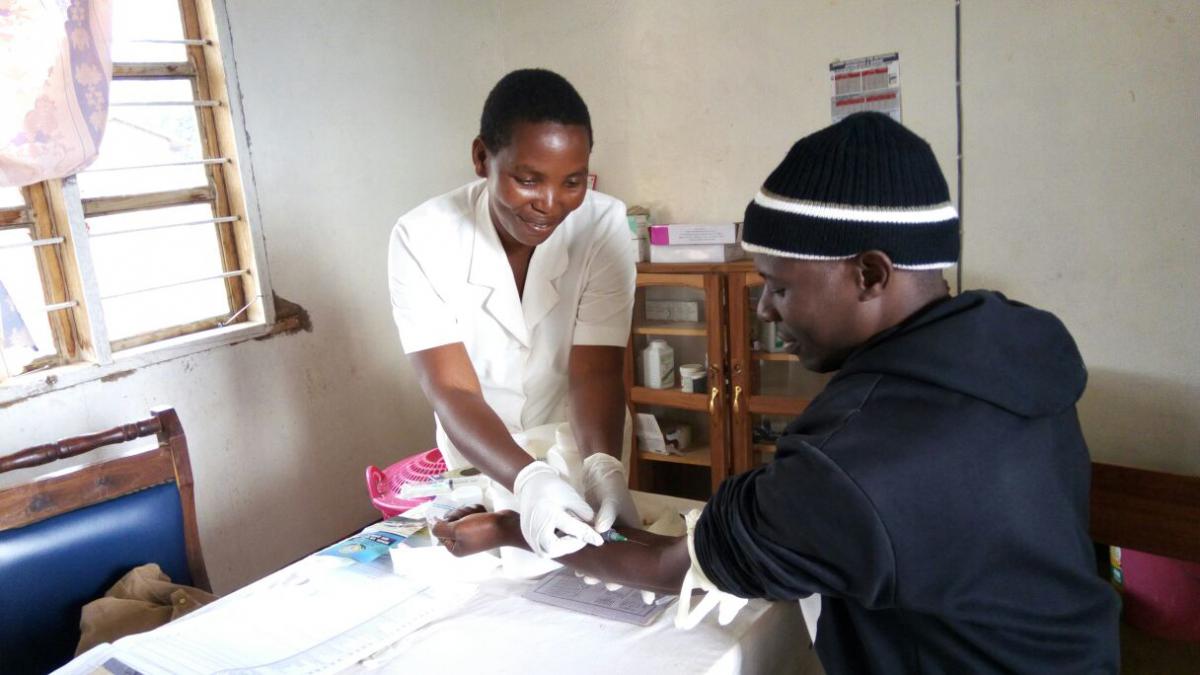 Winfrida Visulo has worked as midwife and nurse manager at the Itepula Dispensary in Mbozi district for 16 years. She began as a health attendant, but, after attending a one-year training and completing three years of college level nursing studies, Winfrida returned to work as a nurse midwife.

Winfrida prides herself on making herself available to her patients, “all the time and at anyplace—wherever they need to consult me.” This flexibility and commitment serves her well at the Itepula dispensary. “It is in an open neighborhood [town], which makes it hard for some people to attend, especially pregnant mothers [because] they feel shy and scared of being publicly seen.”

There are times when patients who participate in the Community Health Fund are not able to receive the drugs that their insurance provides. Winfrida finds herself in a difficult position when she has to counsel a patient who is unable to receive full medical treatment. “…The health facilities have insufficient drug supplies from the government,” she said. Winfrida cites this difficulty as the hardest part of her job.

When reflecting on her years at the dispensary, Winfrida states that she has learned a lot, especially in her role as midwife. Responding to the needs of her community—especially the pregnant population and in situations where there aren’t the medicines to treat a patient—has been challenging.

From health attendant to nurse midwife and nurse manager, Winfrida has served the Itepula community well with her advanced training in nursing and her clear commitment to service.