Overcoming the Fear of Ebola 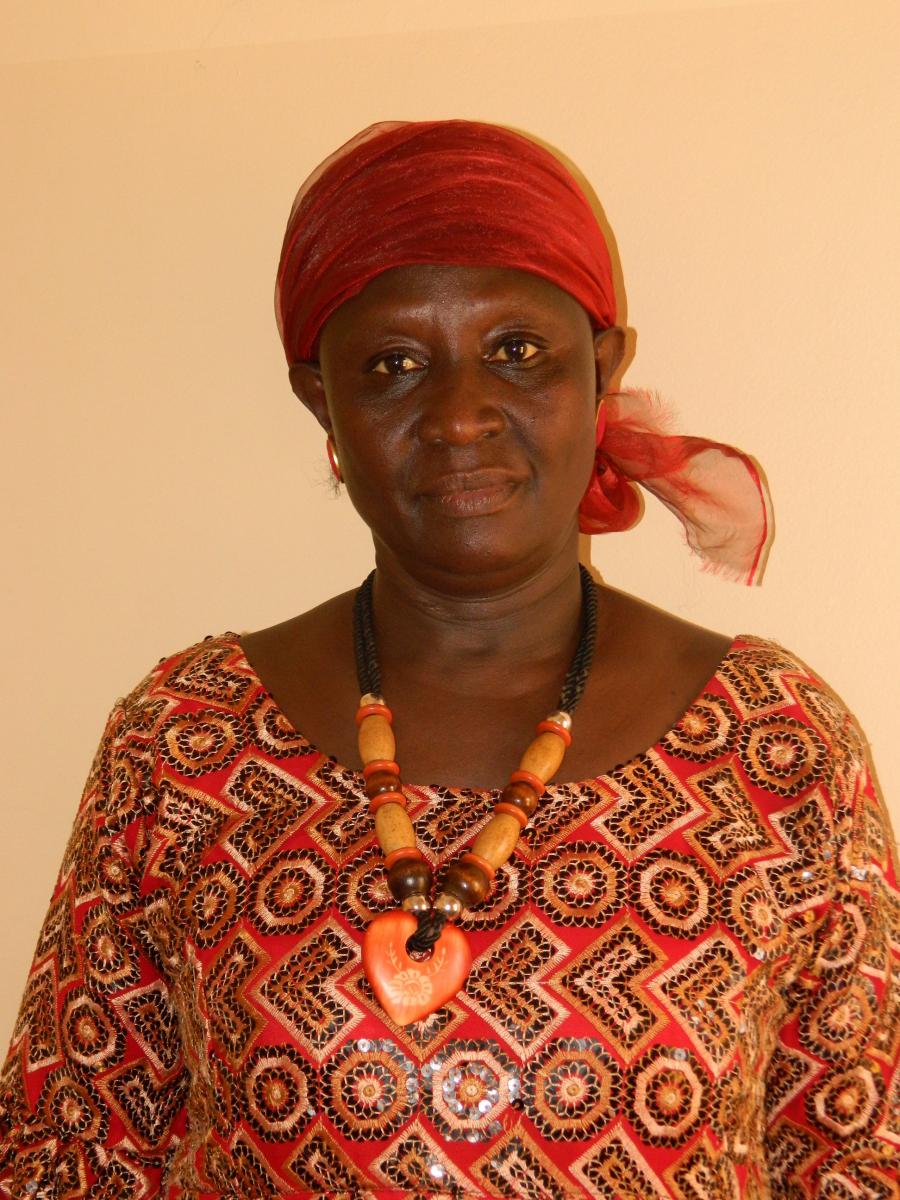 Sarata’s story is not unique. As Guinea’s Ebola survivors recovered from the virus and were discharged from Ebola treatment centers, they faced a new and perhaps even more difficult situation. Coming home, survivors were feared and shunned by their communities and sometimes by their very own families. Isolation causes deep emotional distress, adding to the hardship of survivors, many of whom lost family members and still struggle with health problems related to the virus.

The Advancing Partners & Communities (APC) project engaged people from 60 communities in the districts most affected by the Ebola outbreak to combat stigma that prevents survivors from reintegrating into their communities and getting the health care they need. The work is part of the project’s support in the creation of sentinel surveillance sites, an early warning system designed to prevent further transmission of the Ebola virus, implemented in collaboration with the National Agency for Health Security (Agence Nationale de Securité Sanitaire) under Guinea’s Ministry of Health. In each of the 60 communities, APC established a sentinel site to focus on issues related to survivors. In Maferinyah, the sentinel site committee meets at the health center every Friday. Led by M’mah Condé, a former teacher, the group gathers members of the community to tell them about Ebola survivors and to reduce or eliminate stigma against them. The committee includes survivors, health workers, and community and religious leaders. They try to reach everyone in the community—men, women, children, and relatives of survivors.

“In the past, Ebola survivors were ashamed to return home to their families, to work, and other places since they were viewed as contaminated members of society. But we’ve explained to them that they’re no longer contagious and should be viewed normally as before the outbreak,” explains Condé, who has been the leader of the committee for the past year. “I knew many people who died from Ebola, therefore I felt a personal connection and a desire to help in this way.”

With the help of APC’s sub-grantee, International Medical Corps, Condé was one of 149 community leaders, including sentinel site facilitators, who were trained in stigma reduction. Through sensitization campaigns and meetings with influential people in the community, these community leaders learned to raise awareness of the importance of accepting Ebola survivors. The sensitization campaigns reached almost 26,000 people. “We learned that stigma isn’t just related to identifying people as survivors, but also incorporates shame and other aspects,” notes Condé. “We’re very happy for the collaboration— this has brought us many good things, especially the opportunity for training.”

Other project interventions also supported stigma reduction. APC provided a three-day training to improve 116 health care providers’ skills in Ebola survivor care, including guidance on stigmatization reduction. The project also provided technical and financial support to the national survivors’ network, RENASEG, which also works to end stigmatization of Ebola survivors. Members of the network, who are survivors themselves, traveled to various regions to educate community leaders and the population on the acceptance of Ebola survivors. Leaders of local survivor associations became members of sentinel site committees, which further encouraged the acceptance and participation of Ebola survivors.

With the project’s support for stigma reduction training, community leaders are better equipped to educate people about Ebola and the reintegration of survivors. Their work has started to counteract the negative perceptions of Ebola survivors and is overcoming lingering fear of the virus. Among surveyed Ebola survivors in 2018 who sought care at a health facility during the prior three months, 4.4 percent1 reported experiencing some form of stigma, compared to three times as many—13.7 percent2 of surveyed survivors— in 2017. Outreach through the sentinel site approach and training health providers and community leaders on stigmatization reduction likely contributed to this reduction.

Patrice Goumou, deputy director of Maferinyah Health Center, recounts, “There was an obvious discrimination by community members toward Ebola survivors following the outbreak. But with the various meetings and sensitization trainings, this has changed—especially where there are designated representatives for Ebola survivors.”

The reduction of stigma is an important part of post-Ebola recovery, facilitating reintegration of survivors into their communities to regain their livelihoods and social networks. Reducing stigma also has the effect of increasing survivors’ access to health care and psychosocial services.