Surviving a Long Road to Recovery 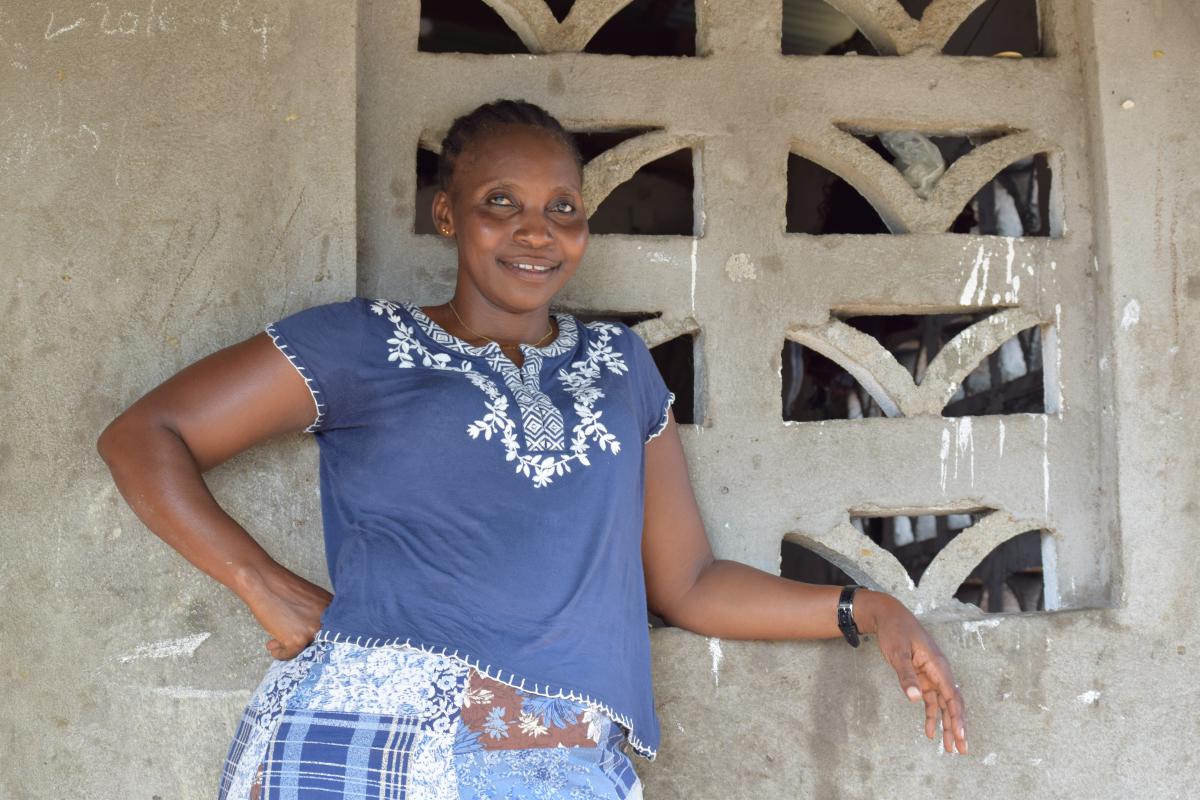 Jimaima outside her home in Liberia.

“2014 was a year I’ll never forget,” recounts Jimaima, with tears in her eyes. That was the year that Ebola caused her life to spiral out of control.

A mother of four and a first-year physician’s assistant trainee at the Tubman National Institute of Medical Arts, Jimaima was interning at the John Yekeh Memorial Clinic in Monrovia. Her ordeal began when she treated her brother-in-law, who, unbeknownst to anyone, had contracted the Ebola virus disease (EVD). He died shortly thereafter, and soon everyone in the immediate family began to get sick with Ebola.

In a panic, Jimaima’s husband admitted himself to an Ebola Treatment Unit (ETU) without telling his family, notified the authorities and sent an ambulance to the family home. When the ambulance arrived, the driver told Jimaima that he was there to get her and the children. She refused to go, insisting her family was fine. But when a couple of days later her neighbors requested another ambulance, Jimaima had no choice but to go.

The family was taken to the Redemption Hospital, where they spent one night before being transferred to the Medecins Sans Frontieres-managed ETU located at ELWA Hospital (ELWA-3). There, staff assigned Jimaima and her son a tent and then performed a litany of tests, including the EVD test, before asking Jimaima if she knew her Ebola infection status. Struggling for words, she finally uttered a stern “No.” Then came the big announcement. “Jimaima, you have Ebola.” After receiving her Ebola diagnosis and preliminary treatments, Jimaima fell into a month long coma. She continued to receive care until she regained consciousness, when she was tested and declared Ebola free.

Despite her initial sense of relief, Jimaima’s problems were far from over. Her mother and husband had died while she was in a coma. Jimaima experienced Ebola-related complications in her left eye, which had significantly diminished her vision, and in her jaw, which left her unable to open or close her mouth completely. She sought treatment at four local clinics, each of which refused her because of her infection.

Eventually, Jimaima received care at the ELWA Hospital Ebola Survivor Clinic, but doctors there could not provide the medical attention that she needed. Ophthalmologists warned that without immediate action, Jimaima’s sight would continue to fail, and for several months, clinicians across Liberia searched unsuccessfully for a surgeon with the expertise to treat Jimaima. Eventually, it was determined that Jimaima’s medical needs could not be met in Liberia. By this time, Jimaima’s spirits were broken. “I was depressed and wanted my life to end,” she recalls. 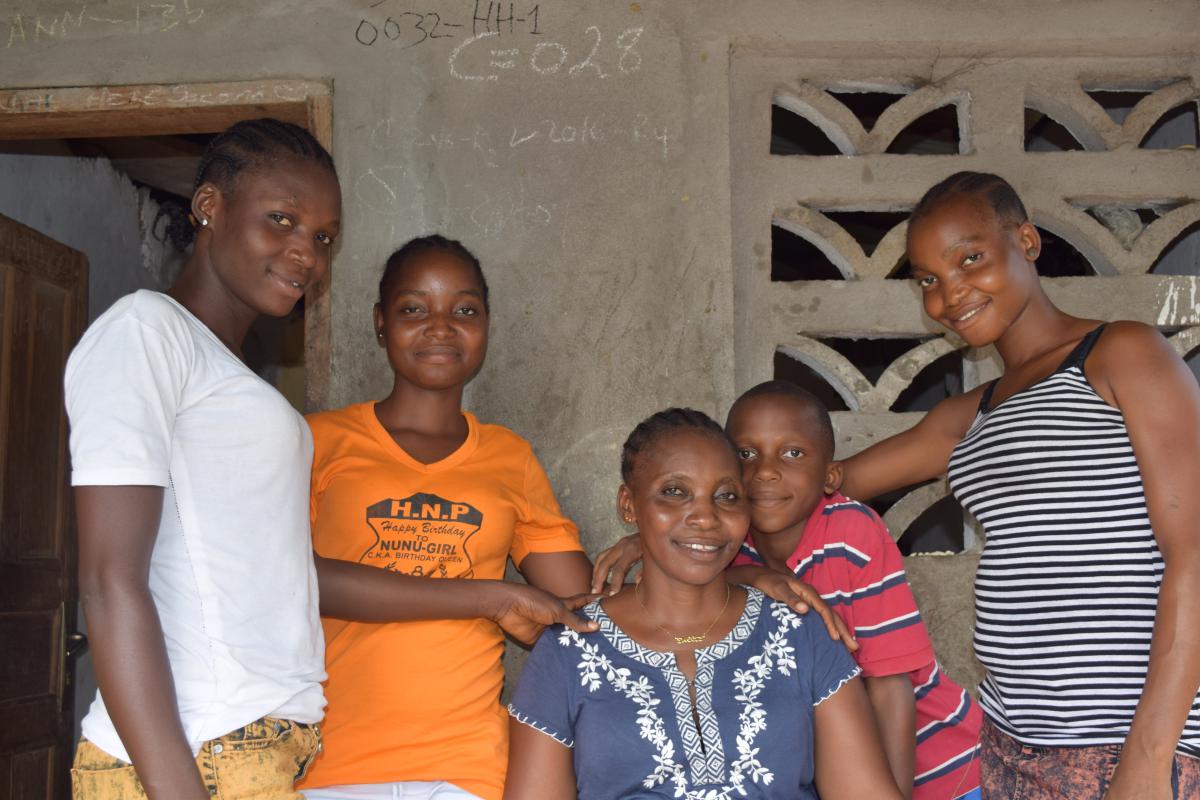 In August 2016, Jimaima was introduced to the USAID-funded Advancing Partners & Communities (APC) project, implemented by JSI Research & Training Institute, in Liberia by physicians at ELWA Hospital. After coordinating with regional medical institutions and visiting clinicians, APC secured an ophthalmic consultation with American physicians who were providing diagnostic and treatment services for EVD survivors in Sierra Leone. Critical MRI/CT scans revealed that Jimaima’s jaw was dislocated. However, doctors in Sierra Leone could not perform the required surgery, and Jimaima returned to Liberia and fell into deeper depression. Her thoughts of suicide increased, and she tried to take her own life three times. But her family wouldn’t let her give up. “Throughout my illness, my uncle always told me that I was a lioness and that I shouldn’t give up.”

Meanwhile, APC continued to search for a doctor who could help Jimaima. They sent her MRI/CT scan results to the Oral Health Directorate of the Komfo Anokye Teaching Hospital in Kumasi, Ghana, which agreed to care for Jimaima. When APC told Jimaima that they’d found a doctor who was willing to perform the oral maxillofacial surgical procedure, she remained doubtful and thought they’d ultimately deny her care when they learned of her prior Ebola infection. “Stigma is really a big problem stemming from this disease,” notes Jimaima.

In September 2017, Jimaima traveled to Ghana and spent seven weeks at the Komfo Anokye Teaching Hospital. Her surgery was successful and when she returned to Liberia in early November, her physician said that she would recover fully by January 2018.

Now well on the road to recovery, Jimaima is grateful for the unwavering care and support she received. Her enthusiasm for health care services is renewed, and she will resume her training for a career in health. “I don’t see my survivor status as a symbol of shame, but one which I can use to encourage others.”