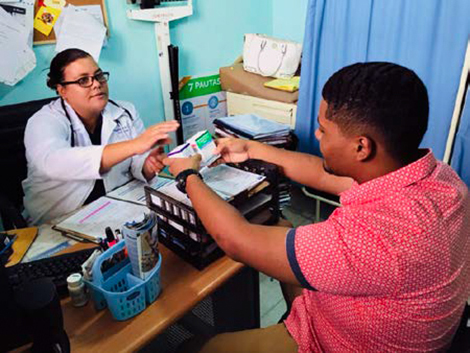 "My experience starting ART right away has given me new hope," says Luis Enríque, a 20-year old tourism student in Puerto Plata and a man who has sex with men. A friend encouraged him to get an HIV test at CEPROSH,1 where he was diagnosed with HIV.

It was hard for Luis Enríque to receive this life-altering news, but he says that the psychologist at CEPROSH provided him with hope and support when he learned that there is effective treatment to be able to live a normal life with this condition.

The medical team explained in detail the requirements and implications of being on antiretroviral therapy (ART) and assured him he could start treatment immediately. Luis Enríque returned the next day for his CD4, viral load and other required laboratory tests. He received adherence counseling and instructions on how to take his medicine before starting treatment. Luis Enríque is one of 1,632 patients currently on ART at CEPROSH.

Evidence shows that adherence to ART and having an undetectable viral load significantly reduces transmission of HIV among the population.

The Ministry of Public Health (MOPH) recognizes that early start of treatment is supported by clinical evidence demonstrating its effectiveness in reducing HIV-related morbidity and mortality and preventing new infections. The MOPH has resolved to implement a “Treatment for All” strategy establishing that "HIV treatment must be provided to all individuals according to WHO recommendations and the 2018 National Guide for Care of Adults with HIV/AIDS to achieve the 90-90-90 treatment target and the gradual implementation of “Treatment for All.” APC grantees, such as CEPROSH, support the government´s “Treatment for All” objectives by assisting newly diagnosed HIV patients to initiate ART as soon as possible.

Since initiation of Test and START at the six APC-supported clinical sites in FY17, the average number of days from diagnosis to initiation of treatment for newly diagnosed patients dropped from 30 days to seven days by September 2017, and was further reduced to an average 3.9 days by September 2018. (According to WHO guidelines, rapid initiation of ART is defined as within seven days of diagnosis and should be offered on the same day to people who are ready to start).2 Of the six APC grantees, CEPROSH has consistently maintained the shortest treatment window averaging 1.3 days from diagnosis to treatment in FY18.

Average number of days from diagnosis to treatment at APC-supported sites, FY18 Q1-Q4 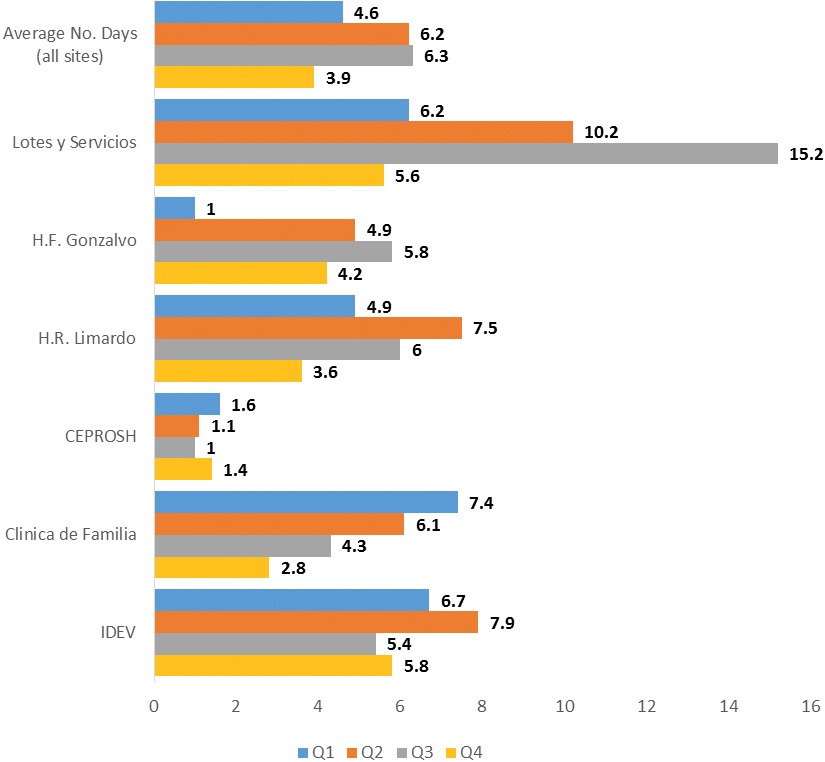 Fátima Colombo, the HIV Care Coordinator at CEPROSH, explains that "Now, patients who enroll in care at the clinic start treatment right away based on the National Guide for HIV/AIDS Care, which indicates that everyone diagnosed with HIV should start treatment.”

As Luis Enríque describes, "Going to CEPROSH and starting ART right away helped to reduce the trauma, confusion and anxiety I felt, and has given me new hope. I recommend this health center to others―the guidance on the process one is going through is very comprehensive and they offer fast and high-quality service. I received my medicine the same day I enrolled at CEPROSH and I started taking it immediately."

When he was diagnosed with HIV, Luis Enríque’s viral load was 111,000 copies/ml. Five months after initiating antiretroviral therapy, his viral load has dropped to 40 copies/ml indicating that he has achieved viral suppression.